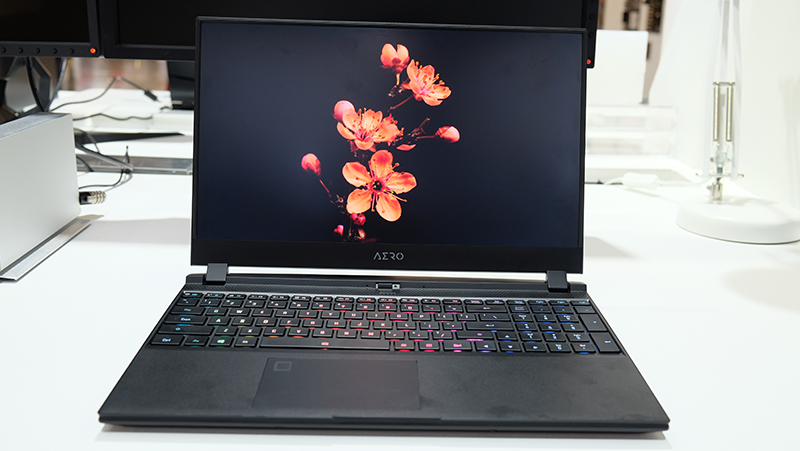 Gigabyte today announced updates to its Aero series of laptops, bringing to the table some much needed upgrades to the cooling solution and the option of a 4K OLED display.

The Aero 15 has long been one of my favorite Max-Q gaming laptops, what with its excellent display, phenomenal battery life, and good selection of ports and connectors. Unfortunately, recent iterations appear to have to run into problems with heat, cooling, and noise, which could sometimes adversely affect performance.

That said, it looks like Gigabyte is finally taking a hard look at the thermal solution and is trying to fix it. The new Aero laptops come with new cooling technology that Gigabyte is calling Supra Cool 2. This comprises of dual 71-blade fans, five copper heat pipes, and no fewer than 11 intake and exhaust vents.

On paper, this seems like a big step in the right direction. In comparison, the previous version of the Aero 15 featured just two heat pipes with no independent cooling for either the CPU or GPU. Furthermore, the only exhaust vents it had were hidden in the niche between the laptop base and its lid, which seemed somewhat lacking.

In addition, the new laptops use Thermal Grizzly's TG-H-001-RS, or Hydronaut, thermal grease. It'd have been nice to see the liquid metal Conductonaut used here, but I appreciate that the company is calling attention to the thermal paste in use.

The new design seems like it should offer considerably better airflow and heat dissipation, what with the additional side vents and heat pipes. All together, Gigabyte says heat dissipation has improved by up to 30 per cent.

The beefed-up thermal apparatus has also slightly increased the girth and weight of the Aero 15. I take this as further assurance that significant changes have been made to cooling though, and the additional weight is a small price to pay. The Aero 15 now measures 20mm thick and weighs 2.1kg, compared to 18.9mm and 2kg from before. 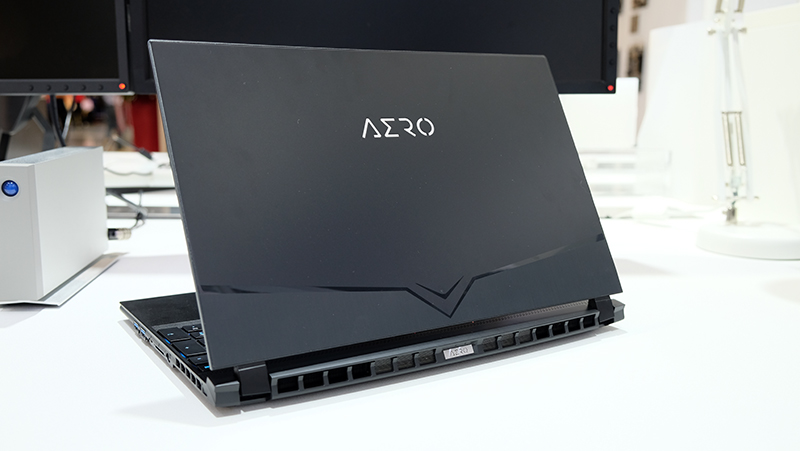 Elsewhere, there are small design changes that give the notebook a more modern look. The lid is now attached to the base via two separate hinges, so there's now a visible gap when the lid is raised. Unfortunately, the webcam is still at the bottom, but it now has a manual privacy filter that you can slide shut when you're not using it. 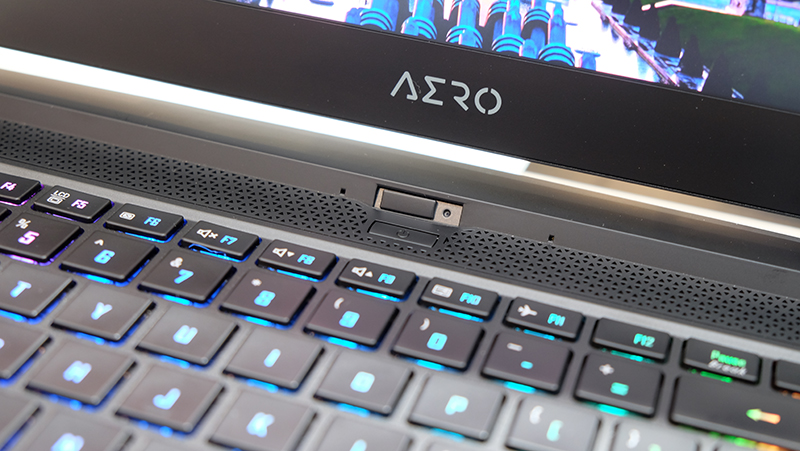 The carbon fiber pattern on the lid has also been replaced with what looks like a brushed metal finish, although this has been created using the same nanoimprint lithography process. A notch has also been carved into the pattern, and it sort of looks like an inverse of the previous triangular shape.

In terms of display configurations, the Aero 15 now comes in an OLED variant. The panel is a Samsung 4K AMOLED display, and the Aero 15 is the first laptop to offer this, according to Gigabyte. This particular display covers 100 per cent of the DCI-P3 color space and meets the standards for VESA DisplayHDR 400 certification. And as with all Aero 15 screens, it has been X-Rite Pantone calibrated and certified before it leaves the factory.

In terms of storage, the Aero 15 comes with two M.2 sockets for a dual-drive setup. 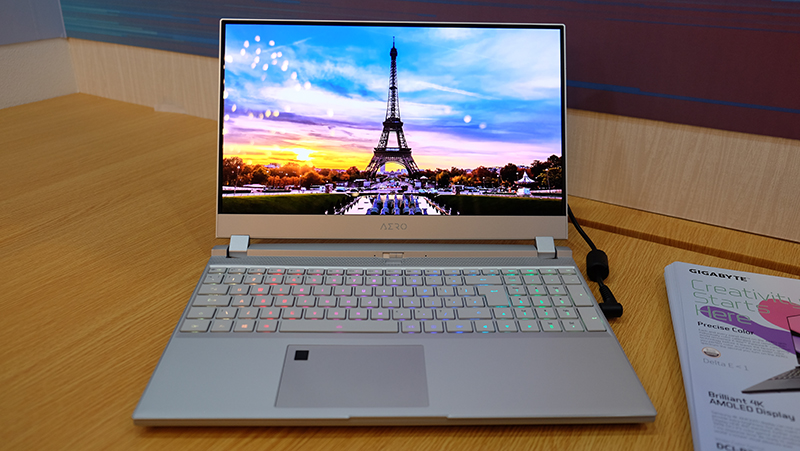 Gigabyte is also doubling down on the idea of the Aero 15 as a laptop for content creators. The company says the Aero laptops are put through specialized software and hardware compatibility tests, including Adobe creative suite, WACOM digital drawing boards, and Thunderbolt 3 storage devices to ensure consistent performance across a wide range of hardware and software.

Finally, Gigabyte also announced the Aero 17, a new model that should appeal to those looking for a slim and light 17.3-inch laptop. The company didn't reveal further details of the laptop though, which is currently slated for an August release. The new Aero 15s are planned for June.

Join HWZ's Telegram channel here and catch all the latest tech news!
Our articles may contain affiliate links. If you buy through these links, we may earn a small commission.
Previous Story
Intel's new 10th Gen Core CPUs will take laptops to the next level with massive AI processing, speedy Wi-Fi and more
Next Story
AMD Navi is coming! Radeon RX 5000 GPUs to duel with NVIDIA's RTX series