The G.I. Joe crew comes together in the new trailer for Snake Eyes

The G.I. Joe crew comes together in the new trailer for Snake Eyes 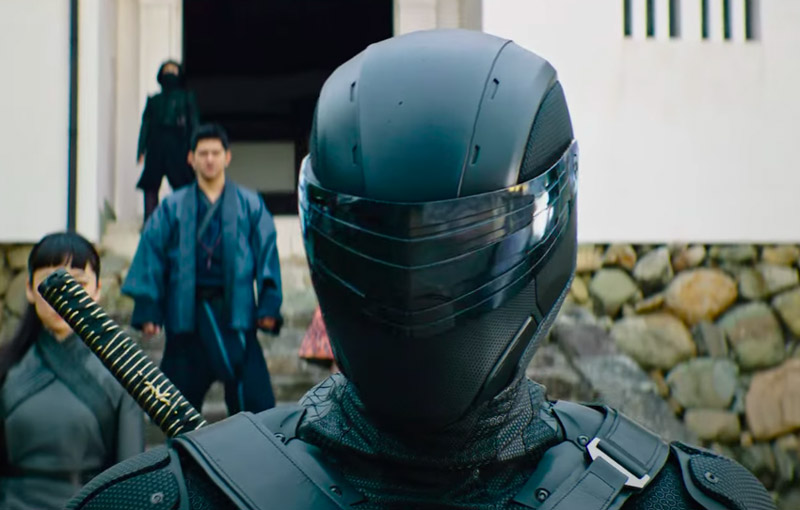 United International Pictures have released a new trailer for Snake Eyes: G.I. Joe Origins, giving us a better look at the studio’s upcoming franchise reboot. The film focuses on the titular ninja, played by Henry Golding, as he stumbles onto the existence of G.I. Joe and the threats they face.

Snake Eyes follows a fighter with a mysterious past, who is welcomed into an ancient Japanese clan called the Arashikage after saving the life of their heir apparent. Once he arrives in Japan, the clan teaches Snake Eyes how to be a ninja warrior - but his honour and allegiance is tested when secrets from his past are revealed. All this, and he has to contend with the rising of the evil organisation Cobra too. You actually get a better look at all these G.I. Joe/Cobra shenanigans in the movie's new international trailer.

Joining Henry Golding as the titular ninja is Andrew Koji as his future rival Storm Shadow, Ursula Corbero as Baroness, Samara Weaving as Scarlett, Haruka Abe as Akiko, Tahehiro Hira as Kenta and Iko Uwais as Hard Master. You’ll notice that despite this being a G.I. Joe origin film, the franchise’s big bad Cobra seems to play a key role in the story. It looks like the studio wants to set a larger story up for the long-term in the vein of the Marvel Cinematic Universe, after the poor reception to previous G.I. Joe films.

If you’re a big Snake Eyes fan though, this seems right up your alley. His relationship with Storm Shadow will inevitably pay off in an emotionally laden duel at some point, and who doesn’t want to see that? The movie hits theaters on 23 July, 2021.

Join HWZ's Telegram channel here and catch all the latest tech news!
Our articles may contain affiliate links. If you buy through these links, we may earn a small commission.
Previous Story
Apple and Intel likely to be the first to adopt 3nm chip technology
Next Story
Samsung launches Health Monitor app in SG, bringing SpO2 tracking to Galaxy Watch3 (updated)