Get your hands on Diablo 2: Resurrected during this month's open beta

Get your hands on Diablo 2: Resurrected during this month's open beta 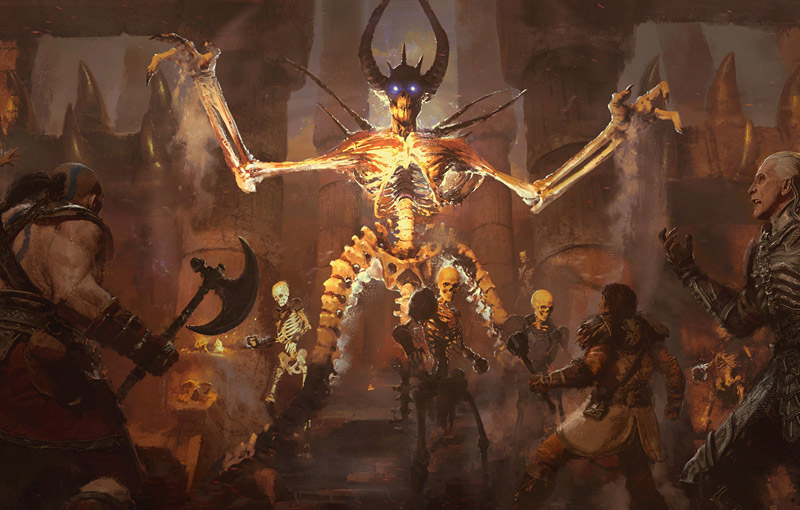 Controversy-ridden Blizzard Entertainment has announced that Diablo 2: Resurrected’s beta sessions will begin this weekend. An early access beta will be held towards the end of this week for pre-order customers, but a public open beta will also be available the following weekend for everyone else.

Let’s get into the nitty gritty. The early access weekend begins on 13 August, 10am PDT (14 August, 1am Singapore time). Only players who have pre-ordered the game or the Diablo Prime Evil Collection on PC, Xbox Series X|S, Xbox One, PlayStation 5, and PlayStation 4 will be able to access the game this weekend.

If you haven’t pre-ordered the game, don’t fret. A public open beta weekend kicks off the following weekend, starting from 20 August at 10am PDT (21 August, 1am Singapore time). During this weekend, anyone can play the Diablo II: Resurrected Beta on PC, Xbox or PlayStation. You can even try out cross progression between platforms - though the beta will not be available on the Nintendo Switch.

According to Blizzard, both betas will allow you to try out five classes: the Paladin, Druid, Barbarian, Amazon and Sorceress. The open beta also includes online multiplayer, which lets you team up with up to eight players total to fight the forces of hell or engage in PvP combat.

It’s worth noting that the open beta is limited to the first two acts of Diablo 2, and there will be no level cap in place. That means there’s a ton of content for you to play through, factoring in all the builds you could try out with different characters, before the beta is over. If you’d like to test the waters with certain characters, this would be a good time to do so.

Diablo 2: Resurrected will launch on 23 September, 2021. On a separate but related note, Diablo: Immortal was recently delayed to 2022.

Join HWZ's Telegram channel here and catch all the latest tech news!
Our articles may contain affiliate links. If you buy through these links, we may earn a small commission.
Previous Story
Position for productivity with LG's Ergo Concept UltraFine Monitor
Next Story
MyRepublic launches SMB services around the Cloud and security