Get old-school with Uniqlo's new Evangelion and Sanrio T-shirts

Get old-school with Uniqlo's new Evangelion and Sanrio T-shirts 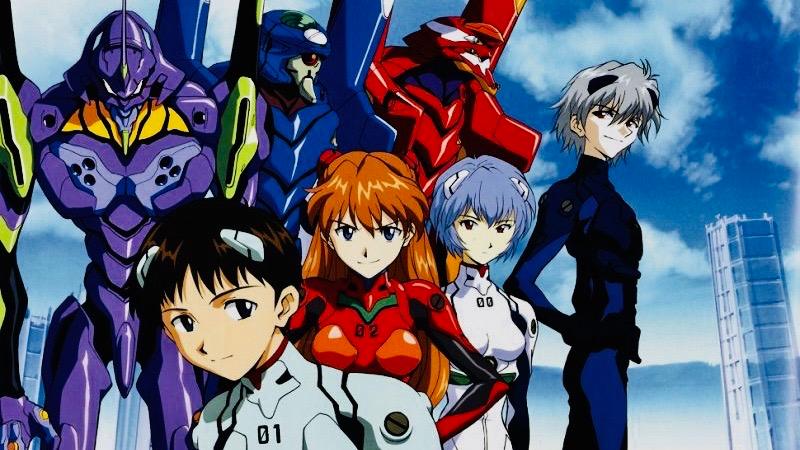 Yes, everyone - as of 2020, it's been over 25 years since Neon Genesis Evangelion premiered as an anime back in Japan, and to this day Shinji still hasn't gotten in the damn robot.

But that doesn't matter - we've got more pressing matters to attend to. Like checking out Uniqlo's new range of Evangelion and Sanrio collab t-shirts, for example.

The Evangelion UT collection, if we're going with the formal designation is part of a commemorative campaign celebrating the release of the Evangelion 3.0+1.0 movie, which is supposedly the fourth and final film in the much-loved mecha series. The various prints, which you can check out below and on the official Uniqlo store page (there's a cool video too!) aren't just regular promotional bits - these are exclusive artworks and designs taken directly from the animators' desks, so dedicated fans will certainly want to look into them. 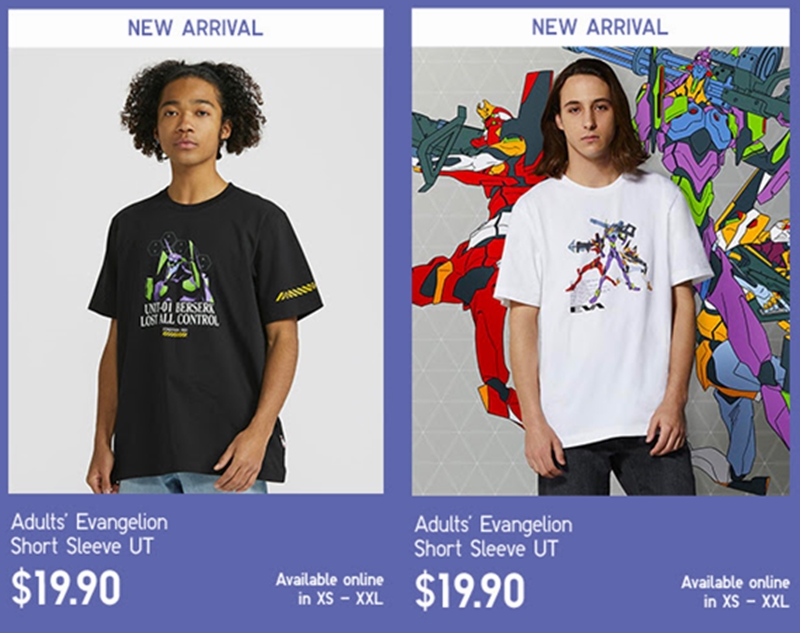 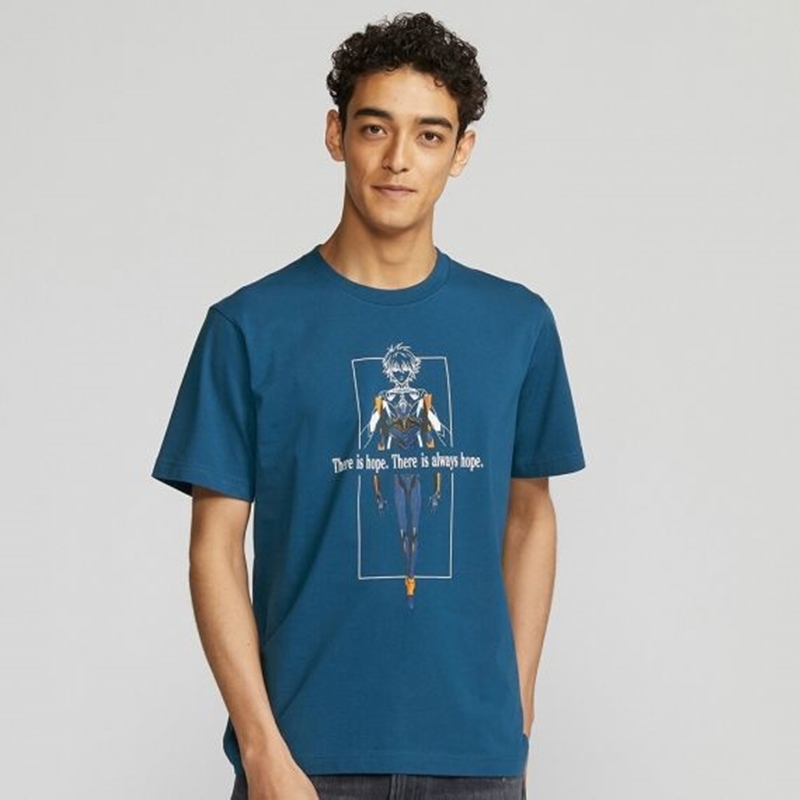 Meanwhile, there are actually two Sanrio UT collections, the first of which is titled "Sanrio Characters The Great Gig". This set not only contains prints from prominent characters like Hello Kitty, but it also includes the adorable Aggretsuko, who is making her first appearance on a UT. According to the preamble, the collection is meant to be "sophisticated but cute", with aesthetics that are "edgier than usual", but let's be frank here: no amount of "edgy" is going to override the inherent cuteness of Sanrio characters, so there. 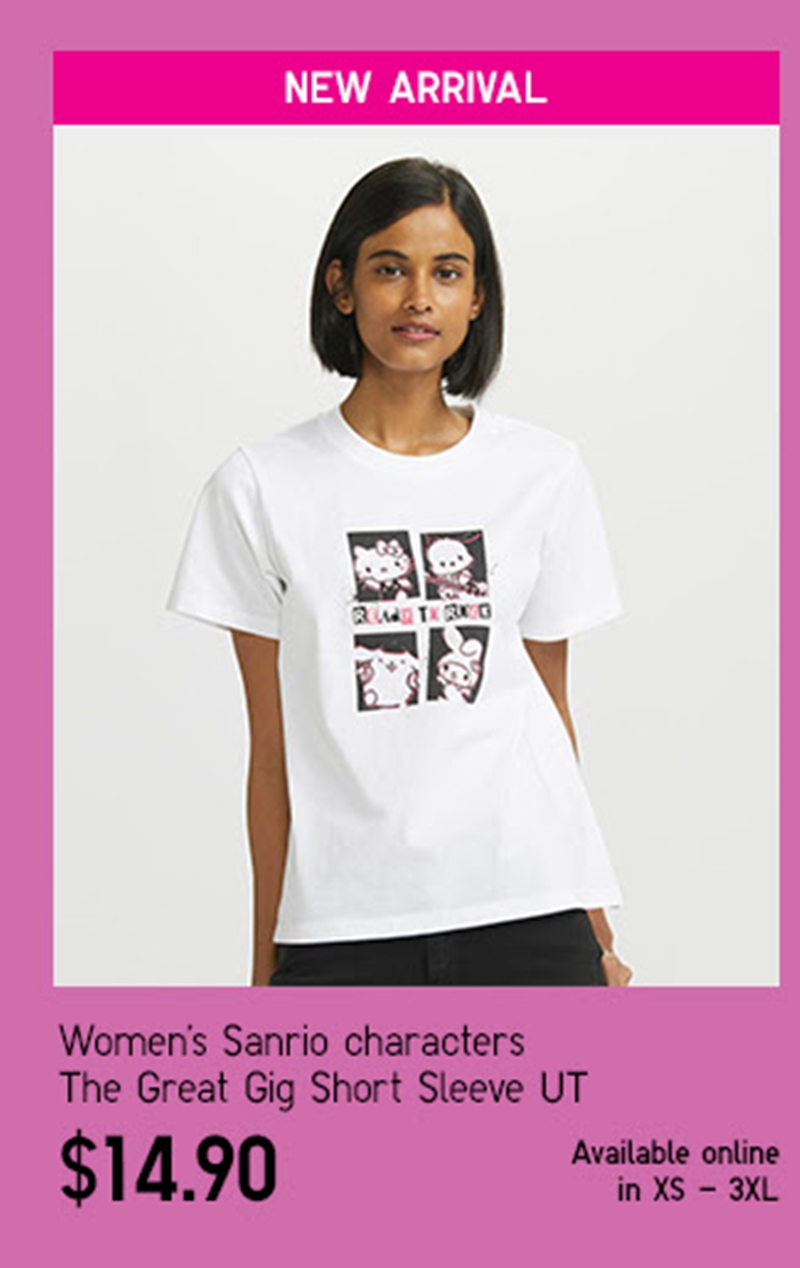 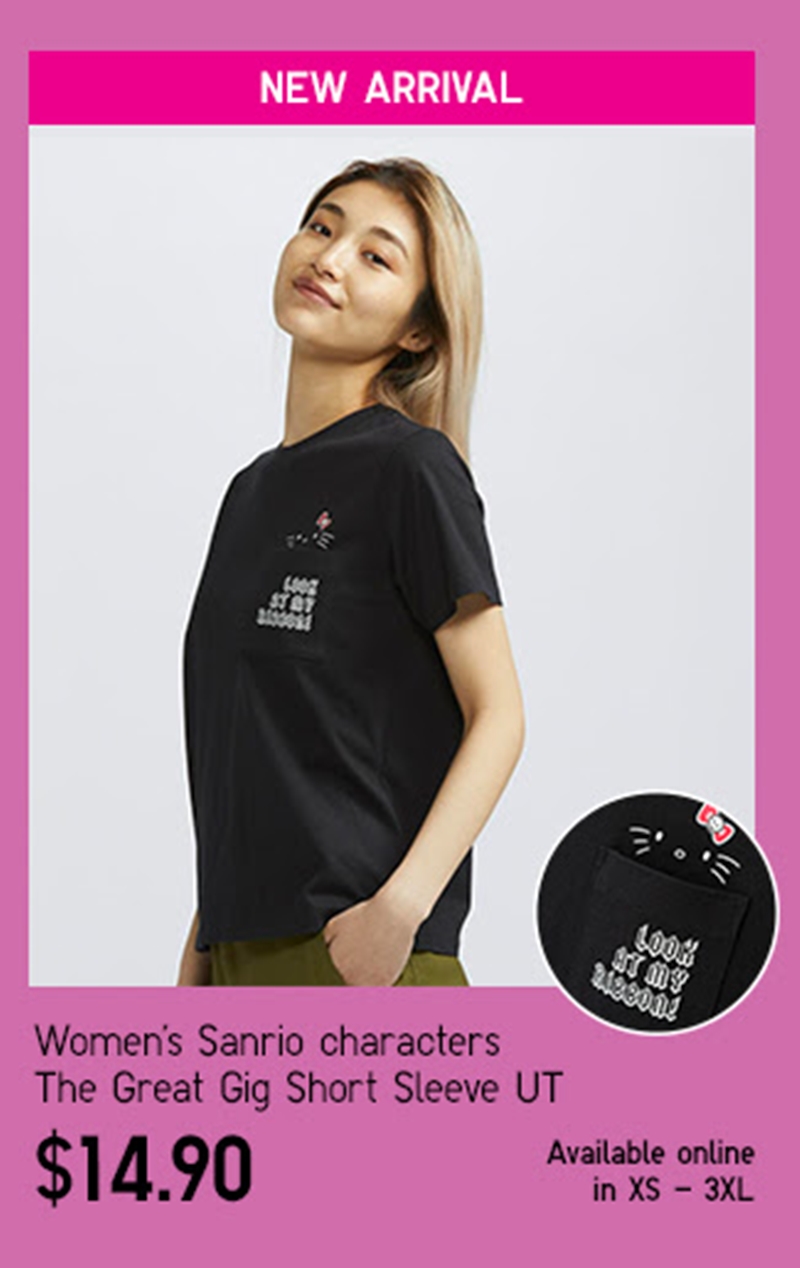 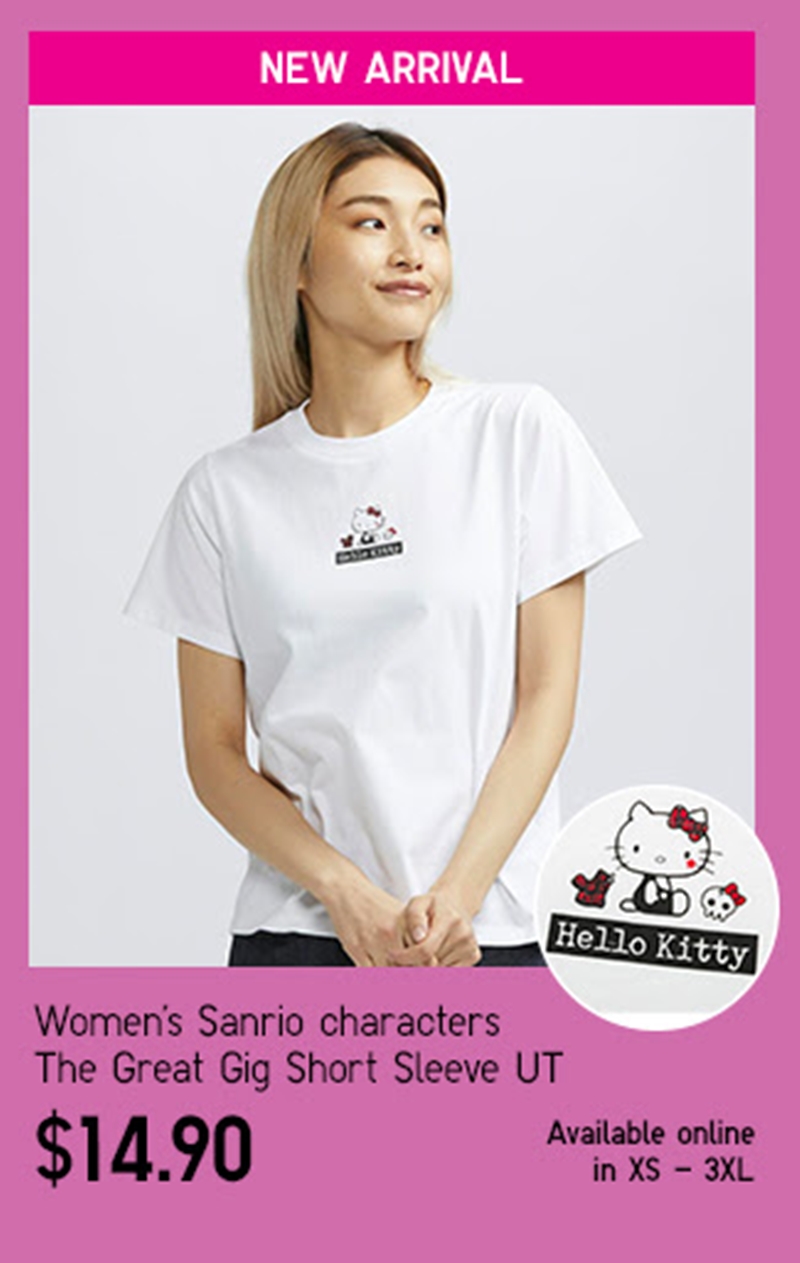 As for the second collection, it's just titled as the Sanrio Characters UT collection, with the aesthetic focus being on 1980s mood, sports and college-style prints. Unfortunately, the guys are going to have to sit out of this one too - both collections are for the ladies. 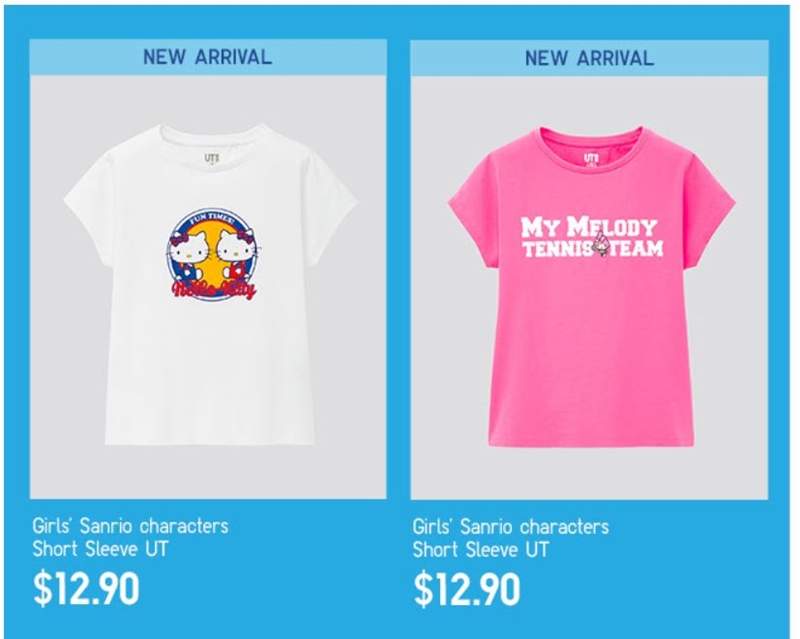 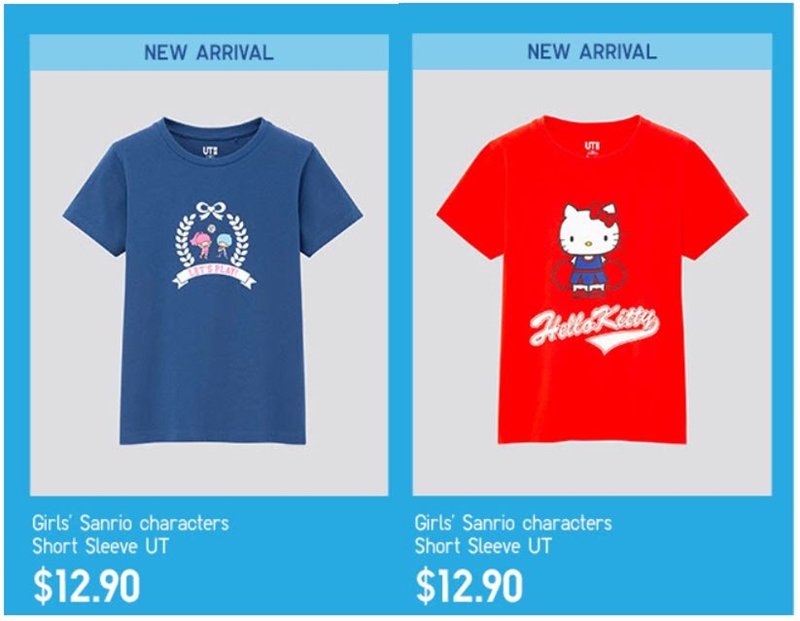 You can check out the full range of The Great Gig and Sanrio Characters designs on the official shop pages, and to top it off, if you meet a minimum purchase amount for either collection between 3rd and 31st Aug, you'll also receive a limited edition Pew Pew Patches x Sanrio iron-on patch for free!

The Evangelion and both Sanrio UT collections are already available online.