Get the Aura Pink Samsung Galaxy Note10 from 9th November!

Get the Aura Pink Samsung Galaxy Note10 from 9th November! 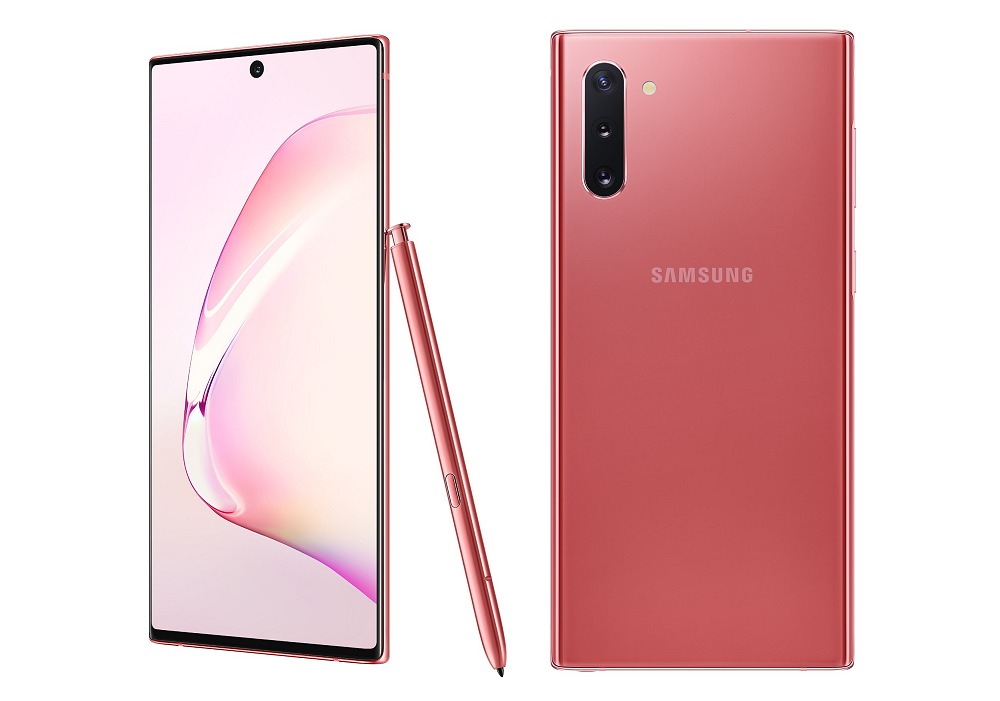 Like clockwork, some of the best shades for Samsung's phones don't quite launch on the first salvo but are reserved for later. A new Aura Pink colour for the Galaxy Note10 that's said to exude stunning shades of pink will be available from 9th November.

Priced at S$1,398, the Samsung Galaxy Note10 in Aura Pink is in every other way the same as the original Galaxy Note10, including the suggested retail price. It's interesting that this colourway is only available in the smaller Note10 variant (6.3-inch screen), clearly targeting the Asian female demographics who prefer a large screen but without the heft and in a more compact frame.

The Samsung Galaxy Note10 is the first Note-series product in a long time that is available in two variants to appeal to a wider audience. The Aura Pink further seals the deal for those who've been longing to have a more feminine colourway in addition to the existing Aura Glow, Aura Black and Aura White.

For those wondering if you should consider getting the new Galaxy Note10 Aura Pink edition with a phone contract to lower the initial outlay, we've done the math for you in our telco price plan comparison article here.

Interested readers can also keep an eye out at the Samsung Official Stores on Lazada and Shopee.