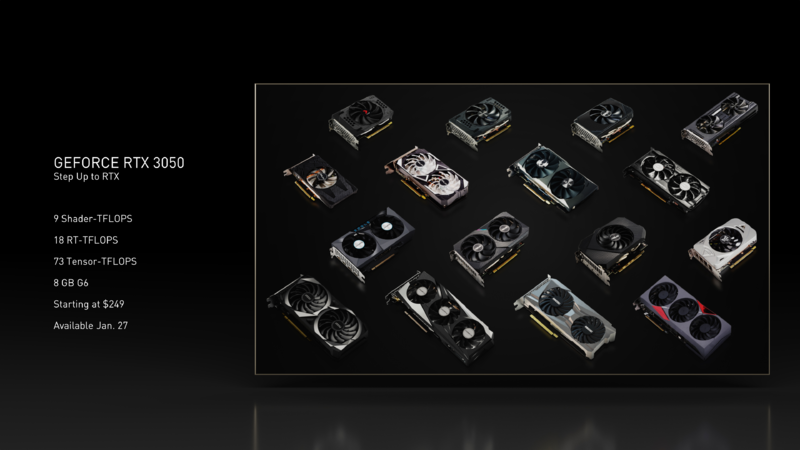 The GeForce RTX 3050 isn't exactly a new GPU per se. NVIDIA already launched the RTX 3050 and RTX 3050 Ti for gaming notebooks last year, so it was just a matter of time before a desktop version becomes available. So, here we are.

The RTX 3050 discrete graphics card will be available at the tail end of this month, starting from US$249. It will also sports 8GB of GDDR6 video memory, and while you won't get much real-time ray tracing performance out of the card, the DLSS feature will at least increase overall performance in supported games.

As with all NVIDIA RTX 30 Series cards below the 3060 Ti, the RTX 3050 will not have a Founders Edition available. All cards will be made by NVIDIA's ABPs (authorised board partners).

Join HWZ's Telegram channel here and catch all the latest tech news!
Our articles may contain affiliate links. If you buy through these links, we may earn a small commission.
Previous Story
Sony announces the next-gen PlayStation VR2 and exclusive new Horizon game
Next Story
NVIDIA's Hyperion 8 platform has been adopted by leading Chinese EV makers and "leading tier 1" suppliers