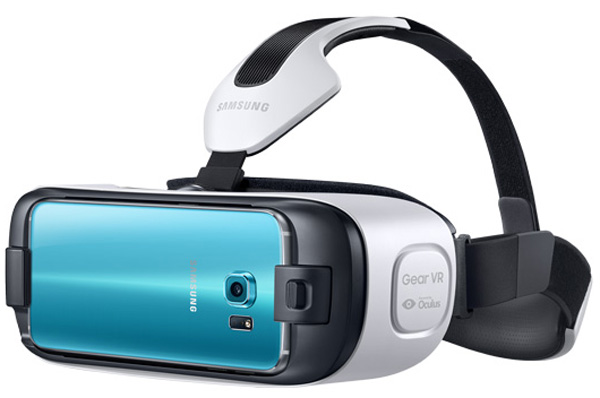 Along with the announcement of the availability of the Samsung Galaxy S6 Edge in Green Emerald, Samsung is also releasing a new version of the Gear VR for the Galaxy S6 and S6 Edge. Dubbed the Innovator Edition for S6, the new Gear VR is only compatible with Samsung's new Galaxy S6 and Galaxy S6 Edge phones; other phones won't work with this edition of the Gear VR. The new device, only available in Frost White, is also Samsung's first virtual reality headset officially released here.

Here's are the product specs:

It should be noted that while the Gear VR Innovator Edition for S6 does have a micro-USB connection, but according to CNET who have trialed it in the US, the connection doesn't quite supply enough power to recharge the battery of the phone in it. It'll however provide enough juice to keep it from draining the mobile phone while the headset is being used. If you're not using the USB powered connection, a fully charged Galaxy S6 or Galaxy S6 Edge on its own will last for about 5 or so hours when used with the Gear VR Innovator Edition for S6 headset.

The headset will go on sale on June 4th (Thursday), with a MSRP of $298 at all Samsung Experience Stores, Telco online stores, major electronics stores and on Lazada's online store. It's a bit more expensive locally than it is in the US, where it's being sold for US$199.99 (~S$270), but at least you're assured of local warranty.

If you're interested in trying it out before you buy, you can visit these 9 major Samsung Experience Stores at the following malls for a firsthand demo:- Paragon, VivoCity, 313@Somerset, Chinatown Point, Bedok Mall, Changi Airport T3 departure transit lounge, AMK Hub, Jurong Point and Westgate.

Visitors to next week's PC Show at the Singapore Expo will also be able to take the headset for a spin, as well as participate in a contest to win a Samsung Galaxy S6 edge and a Gear VR Innovator Edition for S6.

Join HWZ's Telegram channel here and catch all the latest tech news!
Our articles may contain affiliate links. If you buy through these links, we may earn a small commission.
Previous Story
Yota's next generation product line up to include YotaPhone 3 and 2c
Next Story
Samsung Galaxy S6 Edge in Green Emerald will be available from this weekend