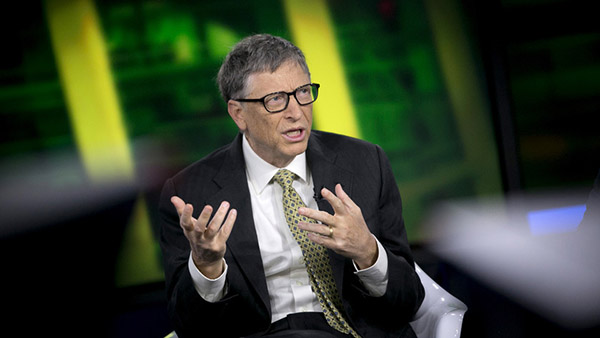 Just weeks ago, we reported that Bill Gates has insisted that he will not return to Microsoft as CEO and that he remains committed to his philanthropic foundation. However, as the company seems poised to name Satya Nadella as its next CEO, reports are suggesting that Gates will take on a more active role at the company.

According to reports, Gates will step down as board chairman, but will remain as a director. He will also be more involved in product development, where he is "weighing going to work at Microsoft at least one day a week".

The Wall Street Journal also reports that it was Nadella who requested for Gates to take on a bigger role, saying that it is what he needs to be successful. Gates is still very much respected at Microsoft and is still viewed by many as the company's true visionary.

Nadella is currently Microsoft's vice president of enterprise and cloud computing and Gates is said to be a strong advocate of his capabilities. The pair could successfully push Microsoft's idea of devices and services.

Join HWZ's Telegram channel here and catch all the latest tech news!
Our articles may contain affiliate links. If you buy through these links, we may earn a small commission.
Previous Story
M1 Customers Reported No Service Signal, Problems Sending Messages and Making Calls (Update)
Next Story
Dell Ships Wyse Cloud Connect, an Android-Based, Thumb Drive-Sized PC for US$129