A new Garrus figure will arrive just before the Mass Effect: Legendary Edition

A new Garrus figure will arrive just before the Mass Effect: Legendary Edition 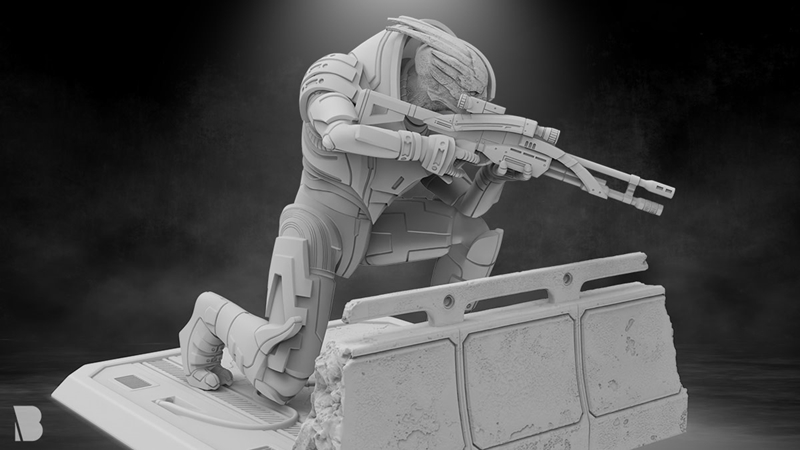 Across our many years of gaming, we've come across numerous characters that have set themselves apart by virtue of being reliable, efficient and most importantly, there when you need them. But whether said bro is related by blood or by bond, one name inevitably comes to mind when Mass Effect pops up.

Yes, he might initially come off as a moody pessimist, but the blue-and-black Turian we know as Garrus Vakarian quickly became one of the most awesome guys Shepard could have on the team, and a household name where "battle bro" characters are concerned. In fact, BioWare themselves didn't expect fans to like him that much, but the ultra-positive fan reception eventually led them to introduce him as a romance option in Mass Effect 2.

Speaking of BioWare and Garrus, the developer has confirmed via Twitter that the trusty Turian will be backing us up again via a new figurine before we head into Mass Effect: Legendary Edition, which is set to arrive later this year.

BioWare hasn't disclosed a concrete date for either of those, but they did confirm that the Garrus figurine, which currently lacks the guy's trademark colour scheme is still "in the middle of some calibrations", and that it will be available for purchase in February. Naturally, it will probably be put up for sale on the Gear Store, but don't worry about it - we'll keep you posted once BioWare slaps on a price tag.

Join HWZ's Telegram channel here and catch all the latest tech news!
Our articles may contain affiliate links. If you buy through these links, we may earn a small commission.
Previous Story
A live-action Harry Potter TV series is in development at HBO Max
Next Story
Samsung considers blood glucose monitoring for diabetics in its next Galaxy Watch