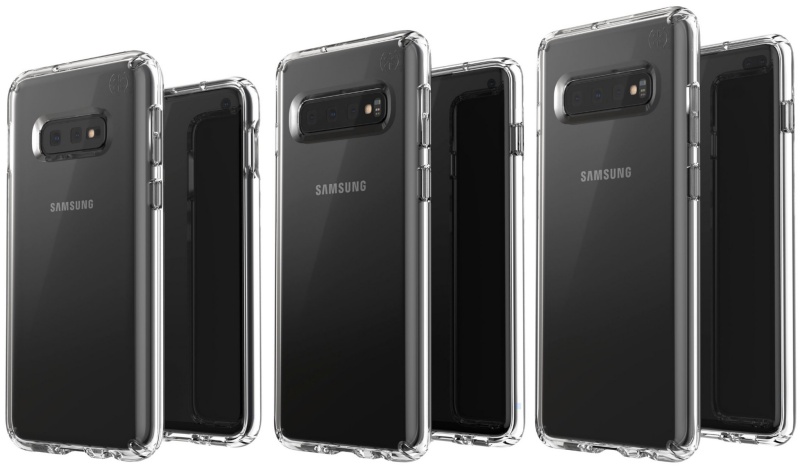 Reliable tipster @evleaks has shared the latest photo of the Galaxy S10 lineup.

The photo also confirms an earlier sighting of the Galaxy S10+ in the wild which had a distinct pill-shaped camera cut-out on the front. The other two Galaxy S10 models are seen in the latest leak with the Infinity "O" displays.

Samsung is expected to unveil the Galaxy S10 lineup at the Galaxy Unpacked event on 20 February in San Francisco.