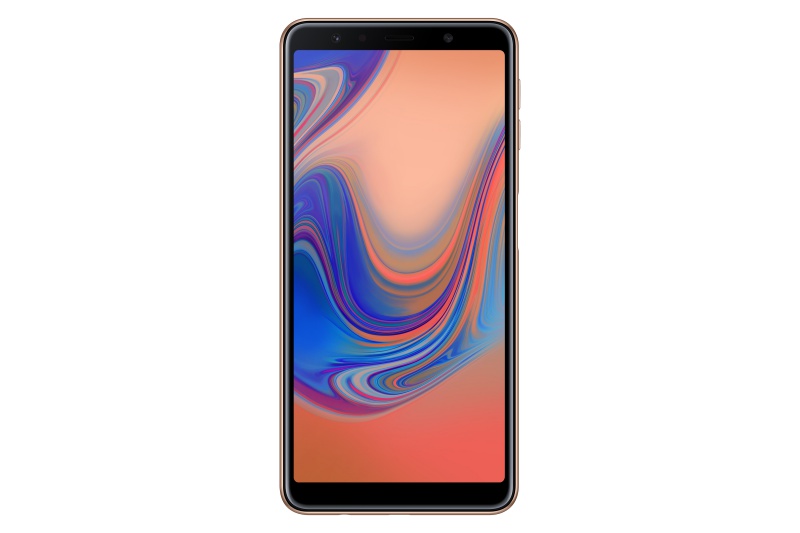 Samsung's first phone with a triple-lens camera is not the Galaxy S10, but the midrange Galaxy A7 (2018).

The Galaxy A7 comes with a rear triple-lens camera which consists of a 5MP f/2.2 depth sensor, a 24MP f/1.7 primary sensor and an ultra-wide 120° 8MP f/2.4 sensor. The 24MP and 5MP sensors work together to deliver the Live Focus feature which let you control the depth of field. The 24MP sensors also deliver better low light performance as it combines four pixels into one. 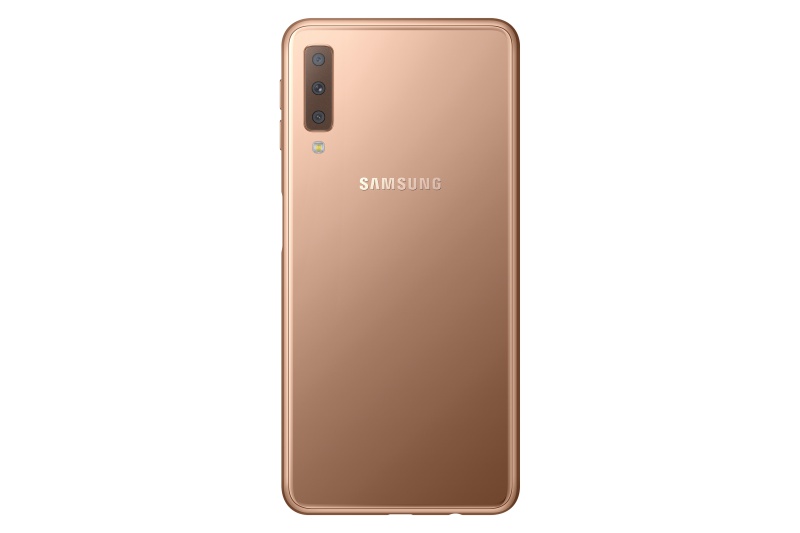 Another new feature on the Galaxy A7 is the side fingerprint sensor for convenience and smooth seamless curve. Other specs include an octa-core 2.2GHz processor, 4GB RAM, 64GB internal storage space with microSD support up to 512GB, Android 8.0 Oreo, LTE CAT 6 support, NFC, Samsung Pay, a 3,300mAh battery, and a 6-inch FHD+ (1,080 x 2,220 pixels) Super AMOLED display.

The Galaxy A7 will be available in select European and Asian markets from this fall and roll out to more markets in the future. It comes in blue, black, gold and pink.

Join HWZ's Telegram channel here and catch all the latest tech news!
Our articles may contain affiliate links. If you buy through these links, we may earn a small commission.
Previous Story
GoPro targets the entry, mid and premium segments with three Hero 7 cameras
Next Story
The Gigabyte M.2 PCIe SSD is the company's first NVMe-compliant PCIe-based SSDs