Cloud-based gaming service provider Gaikai has been sued by T5 Labs, another similar outfit that is based in the UK, for alleged patent infringement. T5 Labs has been in operations since 2007 but its supposedly infringed patent was only granted in June this year. 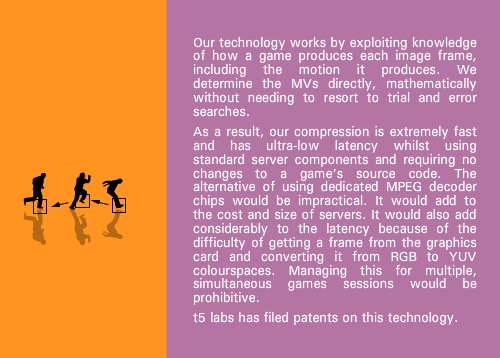 In T5 Lab's court filing, the company claimed that Gaikai has and continues to knowingly infringe on the patent in question (US Patent No: 8,203,568 -- sharing a graphical processing unit between the plurality of programs). More detailed information of the court filing can be found here. This isn't the first time T5 Labs has initiated such a patent lawsuit against its rivals. Early last year in 2011,T5 Labs filed a similar suit against OneLive; however, the latter ran into financial trouble.

On the other hand, Gaikai was recently acquired by Sony for US$380 million in June this year, confirming rumors we had reported earlier. With this cash influx from Sony, it may have made Gaikai a natural target for T5 Lab's punitive actions in the courts of law. According to VentureBeat, they have contact both Sony and Gaikai for comments; however neither party has yet to respond to their inquiries. Do watch this space for more developments.