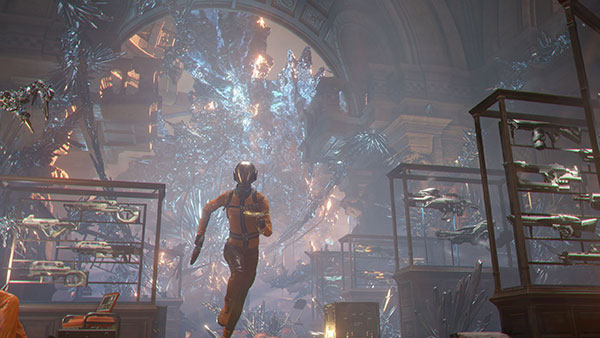 There will soon be a new way to objectively quantify DirectX 12 performance. Futuremark has teased a new DirectX 12 benchmark in its 3DMark benchmarking utility, dubbed Time Spy, that has been built from the ground up to support features like asynchronous compute, multi-threading, and explicit multi-adapter technology.

Futuremark already has a DirectX 12 API overhead benchmark, but Time Spy will be the first comprehensive benchmark for DirectX 12, instead of just relative API performance.

Time Spy was co-developed with AMD, NVIDIA, Intel and Microsoft, and Futuremark wants it to showcase the potential of low-level, low-overhead APIs like DirectX 12. This means entirely new scenes in Time Spy, all of which are rendered in great detail.

Incidentally, Futuremark has slashed the price of 3DMark to just S$5 on Steam as part of the Summer Sale, so this might be a good chance to pick up the software. Time Spy will be added to 3DMark as a new test to complement existing benchmarks in the near future, and will be available on all Windows editions of 3DMark, including the Basic Edition and Steam demo. Everyone who buys 3DMark in the Summer Sale will be able to run the Basic version of Time Spy once it is released.

Futuremark says we can expect more information on a concrete release date and edition features after the Steam Summer Sale.