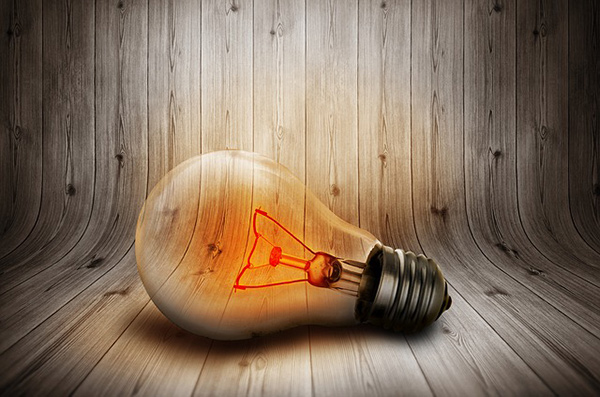 Slow Internet speeds in the office? A solution may be in the works. Estonian startup Velmenni just tested a new method of wireless Internet access that offers speeds up to 1Gbps in a working office, 100x faster than conventional Wi-Fi.

Dubbed Li-Fi, the technology uses the visible spectrum – that is, light that we can actually see – to deliver data. Current Wi-Fi technology uses radio waves which can interfere with other crucial radio signals, which is why Wi-Fi generally cannot be used on board aircraft or places like hospitals. But on top of breakneck speeds – lab tests have reportedly demonstrated theoretical speeds up to 224Gbps – Li-Fi doesn’t cause any interference, which means it can be used in situations where Wi-Fi wouldn’t work.

In addition, the visible light spectrum is 10,000x larger than the spectrum for radio waves, so it is not going to run out any time soon, unlike the congested spectrum used by existing Wi-Fi signals. In an office setting, Li-Fi could double as a wireless hotspot and a smart lighting solution.

The technology was first demonstrated by Professor Harald Haas from Edinburgh University at a 2011 TED conference. He was also the first to coin the term Li-Fi, a portmanteau of both “light” and “Wi-Fi”. 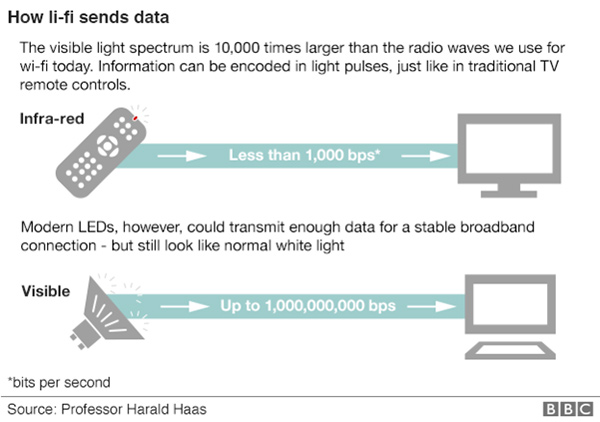 However, Li-Fi does have some obvious limitations. It uses light to transmit data, so other strong light sources would interfere with it and it cannot be used outdoors in direct sunlight. Furthermore, because light cannot pass through walls, neither can Li-Fi signals, so it is initially likely to be confined to supplementing Wi-Fi networks in places like hospitals or congested urban areas.