Future entries of Sega's Football Manager will include women's football

Future entries of Sega's Football Manager will include women's football 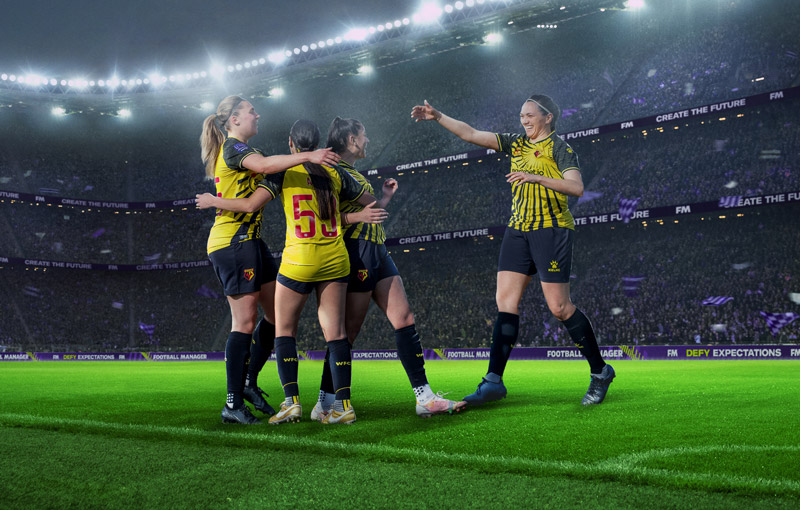 Sega and Sports Interactive have announced that their simulation game franchise Football Manager will soon include professional women’s football. This is part of a large multi-year project that will cost, “in the millions,” according to Sports Interactive.

Although we don’t have a release date for this yet, Sega has confirmed that women’s football will be fully incorporated into Football Manager’s, “living, breathing world." Players will be able to control either men or women’s clubs and switch between them seamlessly in gameplay. Sports Interactive wants to add women’s football, “as soon as realistically possible.”

Studio director at Sports Interactive Miles Jacobson added that, “We have no interest whatsoever in making a  standalone women’s football version of Football Manager. What we are doing is adding women’s football to Football Manager... one sport, one game.” Football Manager is unique in the world of football sims in that gameplay revolves around managing a competitive team of players, rather than actually playing the game on the field. It looks like we'll just have more freedom in the types of teams we get to create and manage in the series, moving forward.

Join HWZ's Telegram channel here and catch all the latest tech news!
Our articles may contain affiliate links. If you buy through these links, we may earn a small commission.
Previous Story
SteelSeries' new Prime franchise equipment are tailored solely for performance
Next Story
Kingston Fury starts shipping its new high-performance memory lineup