Japanese computing giants Fujitsu has just announced that it will be launching a brand new SSD. Called the Xtreme series, these drives are, presumably, targeted at enthusiasts and will be powered by the popular LSI SandForce SF-2281 controller.

The new drives will use the existing SATA 6Gbps interface and rated sequential read and write performance figures are up to 550MB/s and 510MB/s respectively. Fujitsu also said that these new drives will employ the latest 20nm/25nm MLC Sync NAND flash chips from IMFT (Intel's and Micron's joint memory chip making venture). Although they did not state which NAND specifically, this could mean Micron's latest 16nm 128Gbit MLC NAND as seen in the Crucial MX100.

The new drives will be available in 128GB, 256GB and 512GB capacity points and will retail for S$149, S$259 and S$549 respectively. All drives will be covered by a three-year warranty and are designed to be 7mm thin to ensure compatibility with Ultrabooks.

Also take note that Fujitsu has an Xtreme Pro Series which is similar to the Xtreme model, but uses SLC NAND chips for higher performance, durability and a longer warranty period of five years. 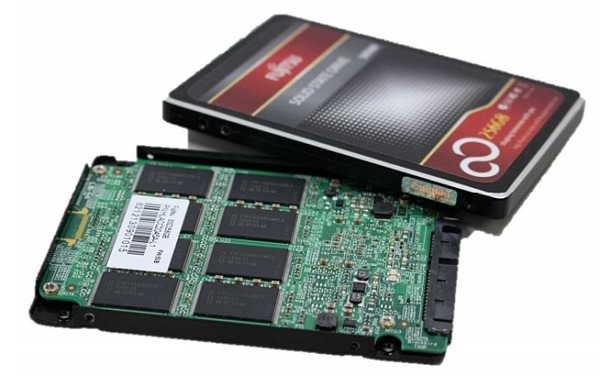 Join HWZ's Telegram channel here and catch all the latest tech news!
Our articles may contain affiliate links. If you buy through these links, we may earn a small commission.
Previous Story
HP will split into two companies; one to focus on enterprise solutions, the other will be end-consumer centric
Next Story
More people are using Windows XP than Windows 8