Fujitsu has released the ScanSnap iX500 today. Built with the newly developed image processing engine "GI" which supports the latest Wi-Fi and USB 3.0 interfaces, this new generation desktop scanner comes with the ability to scan and save information directly from the scanner with their smartphones or tablets over the local Wi-Fi network, eliminating the use of a PC. 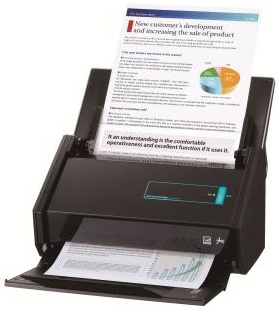 To improve scanning efficiency, the ScanSnap iX500 delivers a better paper feeding performance and faster scanning speed of 25 sheets per minute, a 25% increase in speed as compared to its predecessors the ScanSnap S1500 and S1500M. It also features some enhancements to its quick menu and other office productivity softwares such as CardMinder.

Also offered are the following key enhancements to the software bundle:-

With the launch of the ScanSnap iX500, there are other notable changes:-

Join HWZ's Telegram channel here and catch all the latest tech news!
Our articles may contain affiliate links. If you buy through these links, we may earn a small commission.
Previous Story
Lenovo Adds IdeaPad U and Z Series to its Lineup of Windows 8 Touch-Optimized Devices at CES 2013
Next Story
HP Launches Pocket Playlist at CES 2013