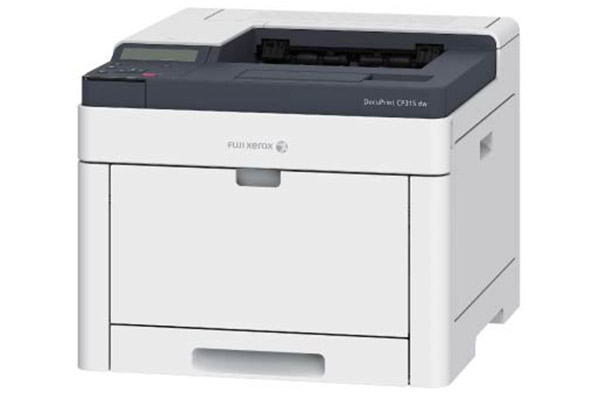 Fuji Xerox may not have many new entry level printers this year, but it did just announced two new models designed for SOHOs and SMBs. They are the DocuPrint CP315 dw and CM315 z. Both part of the new C315 series, the CP315 dw is a single function printer; while the CM315 z is a 4-in-1 model with print, copy, scan, and fax functions.

Under the hood, the C315 series uses newly developed Current Confinement Self-Scanning Light Emitting Device (CCSLED) and Set-Type ThYristor Logic S-LED (STYLS) technologies to enable a print resolution of 1,200 x 2,400 dpi. Print speeds are rated at 28 pages per minute (simplex, color and mono), with less than 9.2 seconds needed for the first color page printout. When high-yield toner cartridges are used, the C315 can print up to 6,000 pages. Other features include a Fuji Xerox Auditron function for monitoring usage of the various functions of the device, and support for security protocols like IPV6, IPSec, Secure HTTPs (SSL), and SNMPV3.

Size and functions aside, there are a few more differences between the CM315 z and CP315 dw. For example, the multi-functional CM315 z is equipped with more RAM (1GB vs. 512MB), has a 50-sheet duplex ADF, and supports two-sided printing, copying, and scanning. It also comes with a 4.3-inch color touchscreen display with intuitive click-and-drag navigation. Direct scanning to USB storage device is also possible on this higher-end model. 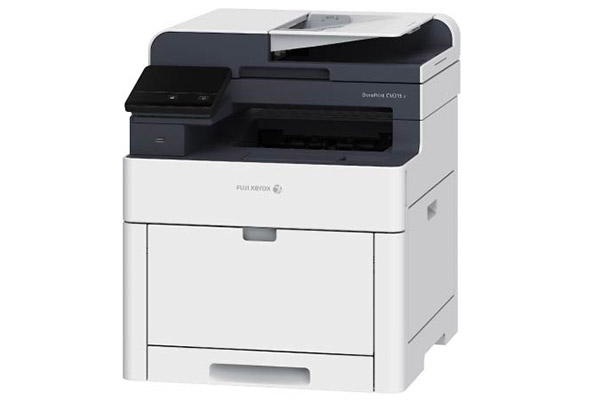 All that said, what really sets the C315 series apart from Fuji Xerox’s past models is its support for the company's new Cloud Service Hub. This service allows users to print various types of file formats (e.g., Microsoft Office, PDF, XPS, DocuWorks, TIFF, JPEG files) stored in the cloud service or send scanned data to the cloud. A single sign-on feature also lets users to access contents via electronic devices across multiple cloud storage services, including Dropbox, Google Drive, Microsoft OneDrive, and SharePoint. Alas, I'm told this service would only be ready for use in 2017/2018.

In addition to cloud printing, the C315 series also supports mobile printing. The printers support Wi-Fi Direct and NFC, is Google Cloud Print ready, and works with Apple AirPrint. This means users can print directly via an iOS device without having to download mobile apps or print drivers. Printing with Android is also easy, as both printers are Mopria Alliance certified.