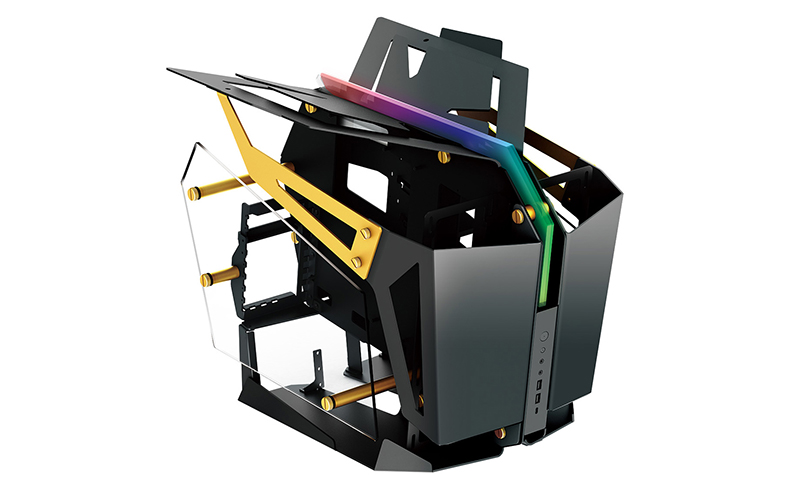 FSP is better known for its power supplies, but the company just announced the T-WINGS CMT710 PC chassis, and it is unconventional, to say the least. The case looks like something straight out of the future – it'll take not one, but two high-end PCs, because clearly having one super powerful PC is not enough for some folks.

According to FSP, the T-WINGS is going after content creators and streamers who could benefit from having a dual PC setup. This would allow them to record without lag or interruptions, and continually monitor and control their streams and interact with their viewers.

The chassis is built to support a larger main system and a smaller "sub-system", where the former supports up to E-ATX motherboards and the latter more diminutive mini-ITX boards. FSP thinks that this approach will help power users save space in the home and office, since they no longer need to have two separate PC cases. 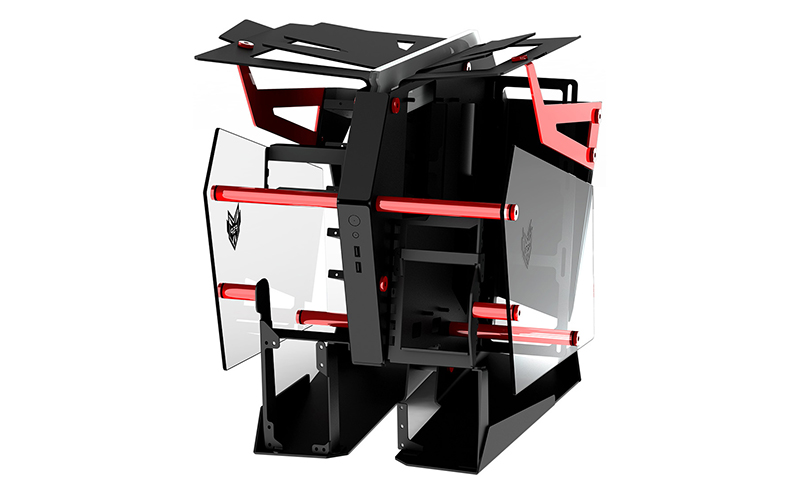 The case will obviously only appeal to a very small subset of users, and the design looks pretty polarising as well. Someone looking for something a little more understated or subtle wouldn't find the T-WINGS attractive at all, but there's no doubt that the design and what it offers is pretty unique.

The tempered glass side panels are held away from the case with protruding struts in the manner of Thermaltake's cases, and the top panels resemble wings, so the case literally looks like it's going to take off at any moment. You can pick between gold and red trims for the side accents too.

There's room for dedicated liquid cooling systems, graphics cards, and power supplies for both the main and sub-system as well, so you don't have to worry about limiting any one system. There is support for vertical GPU mounting too, the better to show off your hardware. Elsewhere, the case can accommodate up to three 2.5-inch SSDs and two 3.5-inch HDDs, which should be enough for most users.

The T-WINGS is built around a central aluminum frame referred to as the spine, and it features a generous 40mm of space dedicated to cable management. This prevents all your wires from cluttering up the main area and restricting airflow. There's also an addressable RGB light bar to add an extra dash of personality to your system, and the bar can be customised using all the major motherboard RGB control software, including ASRock Polychrome Sync, ASUS Aura Sync, Gigabyte RGB Fusion, and MSI Mystic Light.

The T-WINGS case won't come cheap though, and it will retail at US$499.

Join HWZ's Telegram channel here and catch all the latest tech news!
Our articles may contain affiliate links. If you buy through these links, we may earn a small commission.
Previous Story
Apple reportedly facing a shortage of replacement iPhones due to Covid-19
Next Story
Lian Li's Strimer Plus RGB extension cables pack up to 120 LEDs