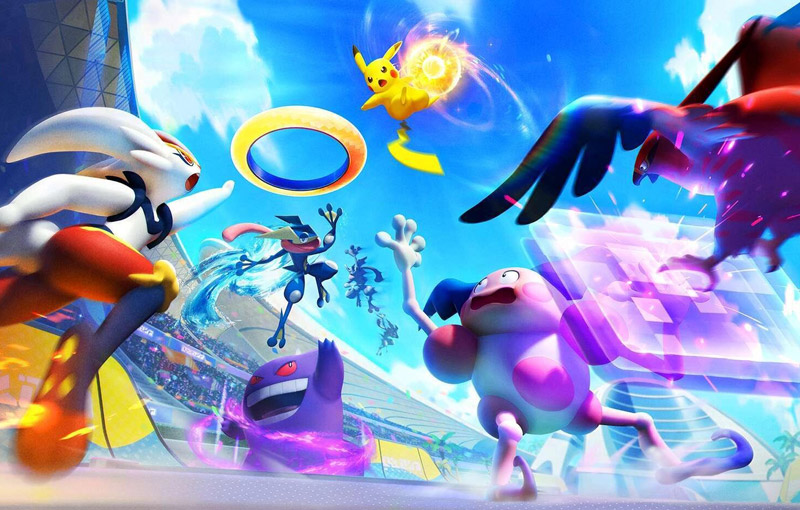 The Pokemon franchise is expanding in all sorts of ways.

Tencent and TiMi Studio’s free-to-play MOBA game Pokemon Unite is launching on Nintendo Switch on 21 July, 2021. Nintendo’s new trailer for the game confirms its release date, but also shows off gameplay and more information for the 5v5 multiplayer game.

Pokemon Unite is a five-on-five competitive MOBA, akin to its peers League of Legends and DOTA 2. Players capture wild Pokemon and battle the enemy team on a symmetrical map, with five ‘goals’ on each side. Once you’ve captured and defeated wild Pokemon, you have to run over to these goals to bank Pokemon for points. There’s also an evolving mechanic, where your Pokemon can level up, change forms and learn new moves on the fly.

At high levels, Pokemon will get ultimate abilities referred to as Unite Moves, which is unique to this game. Don’t think you can just dash around the map eliminating wild Pokemon willy-nilly, though - most matches will see you squaring off against the enemy team as they try to stop or get past you. This is a MOBA, after all.

The game will support cross-play between its Switch and mobile versions, although it isn’t set to hit mobile platforms until later in September. If you pick up the Switch version and log in by 31 August, you’ll get to play as Zeraora for free. There are 20 playable Pokemon in this game (that we know of), and they all have their roles in combat. If the game does well, one can expect more Pokemon to be added over time.

And hey, if Pokemon MOBAs aren’t your thing, there are always those Diamond and Pearl remakes coming this November. If you’re craving something new, check out Pokemon Legends: Arceus.

Join HWZ's Telegram channel here and catch all the latest tech news!
Our articles may contain affiliate links. If you buy through these links, we may earn a small commission.
Previous Story
Singtel customers to enjoy 5G roaming in 13 destinations
Next Story
Oakley's Kato Prizm 24K Gold lenses will make their official debut at the Tokyo Olympics