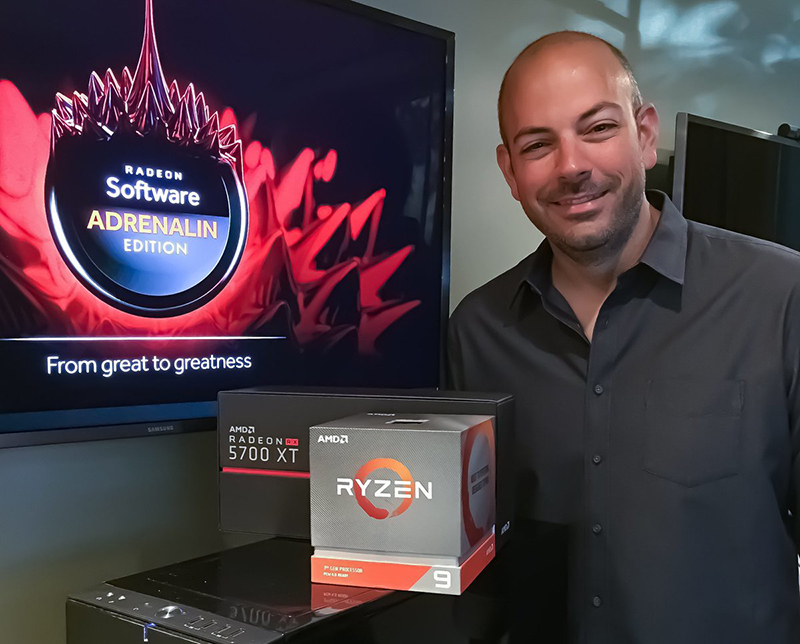 It's official. Frank Azor has joined AMD, where he will be its new Chief Architect of Gaming Solutions. AMD CEO Lisa Su and other employees welcomed Azor on Twitter, where he has also updated his bio to reflect his new position.

Azor will reportedly work for Sandeep Chennakeshu, the head of AMD's computing and graphics group. At AMD, Azor will focus on building and expanding AMD's cross-platform presence across its product stack, including Ryzen CPUs, Radeon and Instinct GPUs, various software products, and even semi-custom chips.

The Alienware co-founder has held various executive roles inside Dell, where he was in charge of running Alienware and eventually the Dell XPS and G-series businesses. His hiring is a win for AMD, which has seen a number of high-profile departures to its rivals, most notably Intel's scooping up of former Radeon head Raja Koduri. Azor brings to AMD a storied track record of driving success at Dell and Alienware, so AMD is clearly hoping he will help push forward the company's renewed commitment to gaming. Last October, Azor revealed that Dell's gaming business amounted to roughly US$3 billion, a super impressive number.

"AMD is doing well in gaming but can do better. AMD is doing great in game consoles, well in entry-level (integrated) and mid-range (card) graphics, but competition owns the premium PC gaming space and most of the profit pool. AMD has most of the cloud gaming wins, but it isn’t really a big market yet," wrote Patrick Moorhead, principal analyst at Moor Insights and an AMD fellow.