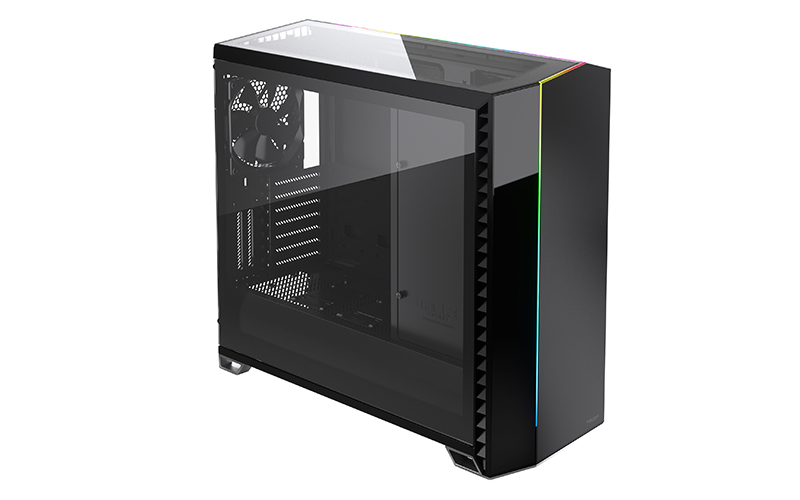 Fractal Design is better known for its series of sleek and minimalist chassis, but that doesn't mean the company is averse to some tasteful implementation of RGB lighting either. The new Vector RS is a mid-tower case that boasts a slim ARGB strip that runs across the top of the chassis and down the front, a nice departure from the company's traditionally staid designs.

The ARGB strip can be customised through regular 5V RGB headers and your motherboard's software or via the included Adjust R1 controller. All the major board maker's are supported, and it'll work with ASUS Aura Sync, Gigabyte RGB Fusion, MSI Mystic Light Sync, and ASRock Polychrome Sync.

Fractal also happens to make some of the most popular silent chassis on the market, such as the Define R6. More recently, its Meshify C has also gained favour with its focus on cooling performance and high air flow. The Vector RS tries to combine both of these aspects in one chassis, offering  "counter-angled" intakes on the front panel that supposedly trap noise without restricting air flow. Furthermore, the right side panel features high-density industrial bitumen to dampen sound.

The case also offers a wide range of storage expansion options, supporting up to four SSDs and 11 HDDs. However, only two SSD and six vibration-dampening HDD brackets are included with the case, so you'll need to buy additional ones separately if you plan on utilising all the mounting options.

The modular storage trays and brackets can be removed to make room for multiple radiators. For instance, the top tempered glass panel can be swapped for the bundled steel panel, which offers more ventilation and adds support for a 360mm or 420mm radiator. Alternatively, you can mount three fans here, which brings the total number of fan mounts to nine.

You can hook up the case fans to the included Nexus+ fan hub, which links up to your motherboard for easier fan control.

If you stick with the tempered glass top, there's still room for a 360mm radiator up front and a 280mm in the base. On top of that, the PSU shroud is ventilated, so it'll still be able to conceal your cables without restricting air flow by too much. 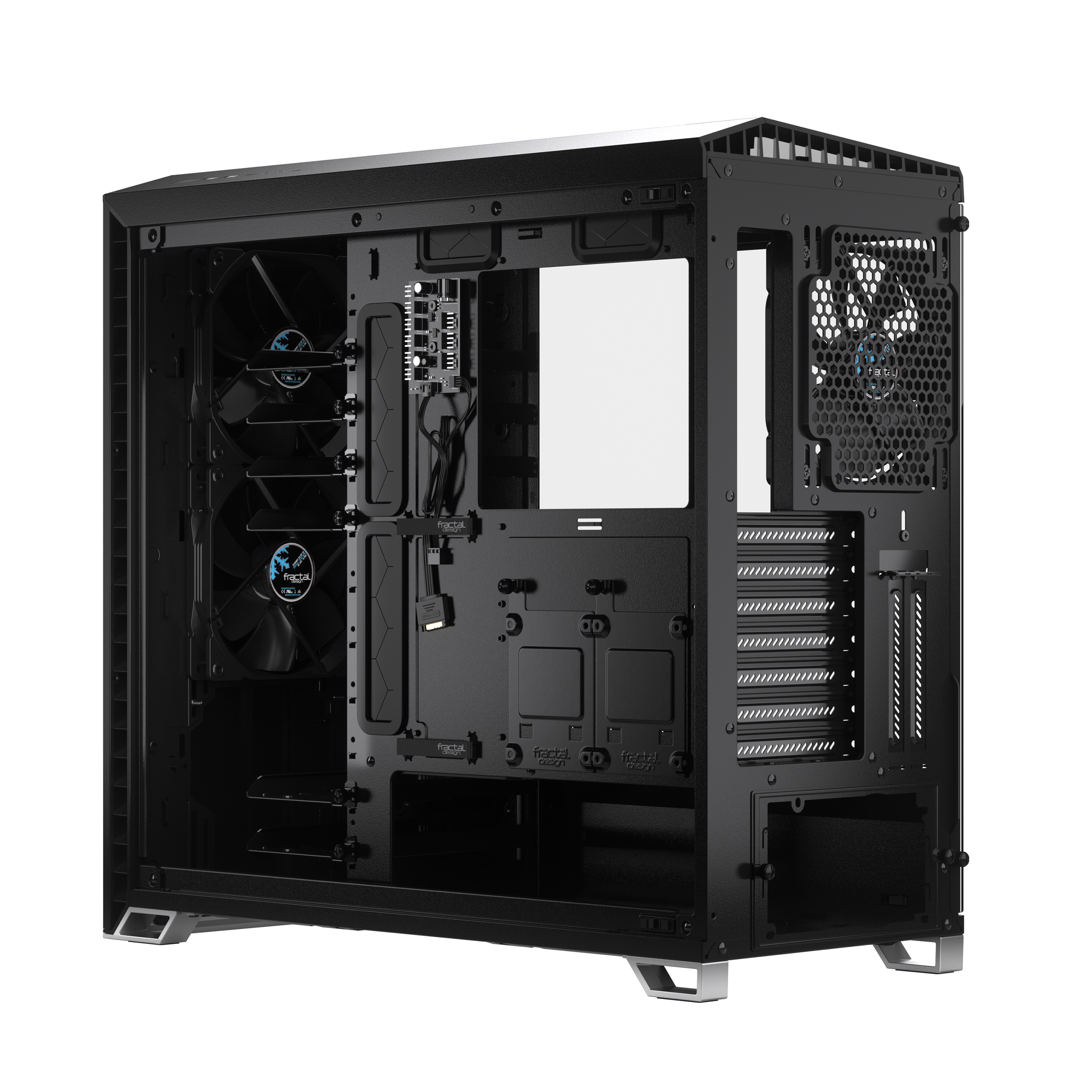 The case comes pre-installed with three Fractal Design Dynamic X2 GP-14 140mm fans at the front and back. Both the front and bottom intakes and optional steel top panel have dust filters installed.

Finally, there's support for vertical GPU mounting if you want to show off your graphics card. The riser cable is sold separately, however.

The Vector RS is available to buy now at US$179.99 for both the Blackout Tempered Glass and Blackout Dark TG editions.

Join HWZ's Telegram channel here and catch all the latest tech news!
Our articles may contain affiliate links. If you buy through these links, we may earn a small commission.
Previous Story
People are finding zombies all over Red Dead Redemption 2
Next Story
The HP S430c Curved Ultrawide replicates dual 24" monitor viewing experience sans bezel breaks