Fractal Design has unveiled new additions to its Node- and Core-series of cases with the Node 202 and Core 500 at Computex 2015. In addition, it has updated its Kelvin series of water cooling products with new features.

As suggested by its name, Fractal’s Node series has always been about integrating your PC into your home. From the Node 304 to 605 and 604, the series has long offered varying form factors and features that provided system builders with the flexibility needed to build anything ranging from an HTPC or media station to a gaming machine.

The Node 202 continues this tradition in a mini-ITX form factor, where its small 10.2L footprint and flexible orientation allows it to be placed either horizontally or vertically practically anywhere in your home or office.

Airflow and cooling is often a problem when it comes to compact cases, but the Node 202 is designed to combat that. Its internal layout features discrete motherboard and graphics chambers that keep hot components separate and places them in the way of moving air currents to help maximize cooling.

And considering that the Node 202 can accommodate a single dual-slot graphics cards up to 310mm in length – which includes the most powerful cards on the market today – cooling performance is actually really important. To this end, users have the option to install up to two more 120mm fans in the graphics card chamber.

However, system builders will need a smaller SFX power supply (up to 130mm long) to power their system. Alternatively, users can purchase the Node 202 with an included Integra SFX 450 PSU, an 80 PLUS Bronze model with two PCIe 8-pin connectors, two SATA connectors, one ATX 24-pin (20+4) connector, and an ATX 12V 8-pin (4+4) connector. 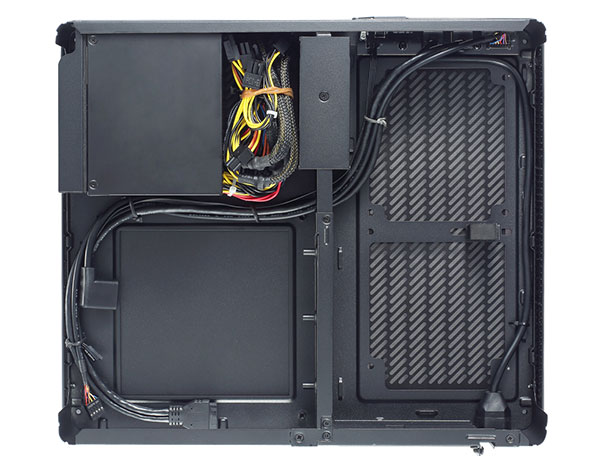 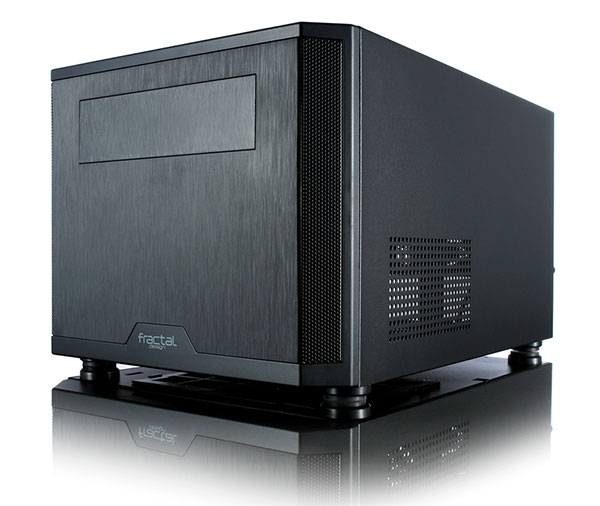 Fractal’s Core series of cases targets the fundamentals of case design, aiming to deliver both function and value. The Core 500 is a fairly compact 19.5L chassis that wants to help builders put together mini-ITX systems without restrictions.

As with the Node 202, Fractal has worked to ensure that cooling performance is not compromised by the small dimensions of the case. The Core 500 ships with one Silent series R3 140mm fan and has room for two more 140mm fans. Furthermore, it can even fit high-performance cooling hardware in the form of 280mm radiators and air coolers up to 170mm in height. 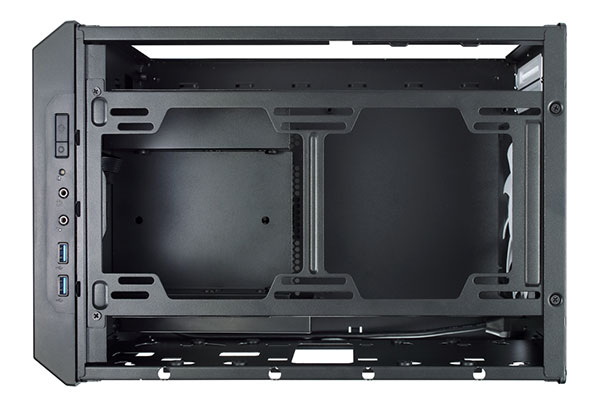 There’s no room for multi-GPU setups though, and the Core 500’s two expansion slots means it can take just one dual-slot card up to 310mm in length (still plenty in an age of single-card 4K gaming).

It also offers fairly decent storage options, with space for one optical drive bay device, three 3.5-inch, and three 2.5-inch drives. The Core 500 will sell for an affordable US$59.99.

The fans have also been replaced with new Dynamic GP-12 PWM fans, which Fractal says offers better airflow and more quiet operation. The new fans have a operating range of between 500 and 2,000rpm and a pump resistor can be added to further keep the sound down.

Finally, Fractal has introduced a couple of more user-friendly changes. The fill port can now be opened with a coin for easier replacement or top-up of the coolant and the Allen screws on the radiator have been swapped out for PH2 heads, effectively dispensing with the need for an Allen key.

Join HWZ's Telegram channel here and catch all the latest tech news!
Our articles may contain affiliate links. If you buy through these links, we may earn a small commission.
Previous Story
Nintendo shoots down the rumor that their NX console will use Android
Next Story
NVIDIA GeForce GTX 980 Ti custom cards have arrived (Updated)