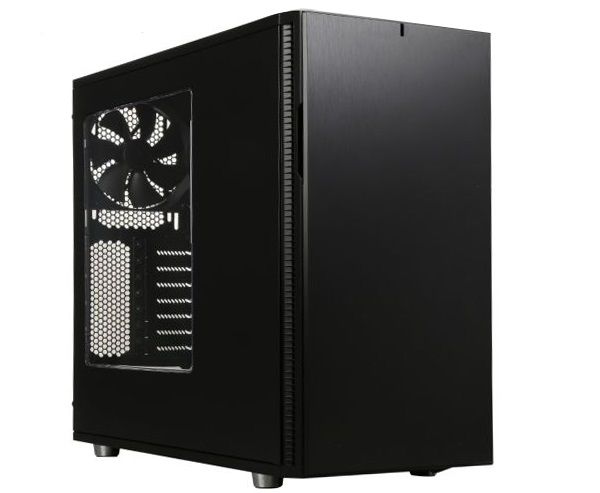 Fractal Design has now announced an all-black version of its Define R5 silent computing case. While Fractal already makes a black variant of the Define R5, that version still has white hard drive bays, expansion slot covers and front and rear fans. The Define R5 changes that with an entirely black chassis and interior to complete the stealthy look.

The new jet black color scheme appears to be all that has changed and the new case sports specifications identical to the earlier Define R5 cases. This means that the Define R5 Blackout will support graphics cards up to 310mm in length with the top HDD cage installed, which should be plenty for even the lengthiest modern graphics card. It is similarly generous when it comes to accommodating CPU coolers and will be able to take large coolers up to 180mm in height. 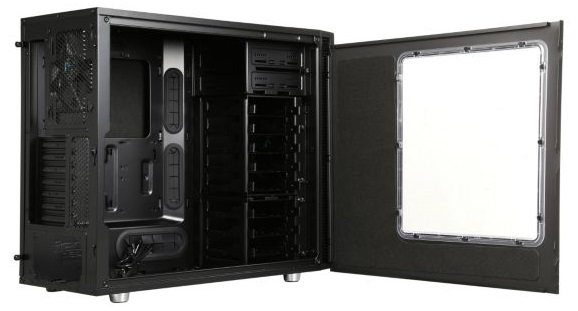 While the Fractal Define R5 Blackout is nothing revolutionary, the Define R5 chassis should still play fairly well with current-generation hardware. But if you’re looking for more water-cooling options, you will probably be looking towards the Define S which sports a revamped internal design and a wide variety of radiator support.

The Define R5 Blackout will ship with a windowed side panel and can already be purchased on Newegg for US$129.99. The case is slated for a broader global launch on May 18.

Join HWZ's Telegram channel here and catch all the latest tech news!
Our articles may contain affiliate links. If you buy through these links, we may earn a small commission.
Previous Story
Intel launches Xeon E7 v3 CPUs, optimized for real-time data analytics and mission-critical computing
Next Story
AMD reveals its computing and graphics roadmap at the 2015 Financial Analyst meeting