Foxconn considering building US$7 billion display factory in the U.S. with Apple

Foxconn considering building US$7 billion display factory in the U.S. with Apple 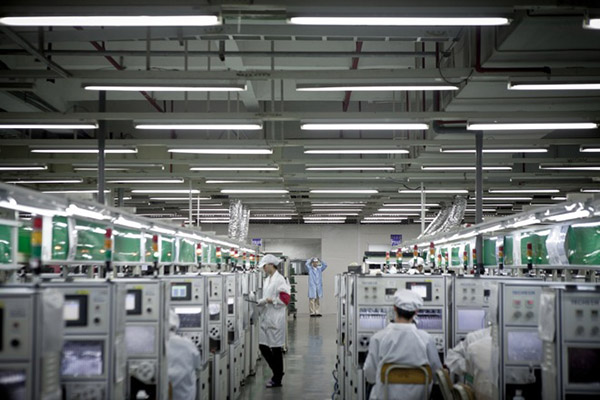 According to reports, Foxconn is currently considering a US$7 billion joint investment with Apple to build a display factory in the United States.

This comes after Foxconn's annual end-of-year dinner party, where Foxconn chairman Terry Gou reportedly said that Apple is looking to invest with Foxconn to build a facility in the United States.

He also said that the facility, which will build displays (presumably for a range of Apple devices), will create around 30,000 to 50,000 jobs.

As demand for larger displays increases, Gou also added that building displays in the United States could be a better solution than shipping them from China.

Even so, Gou also expressed his skepticism about this venture. While Gou admitted that US protectionism would be "an inevitable consequence of the Trump administration", he doubts that consumers would pay more for a product made in the United States.

Finally, Gou reaffirmed his company's commitment to China and said that they would continue to add investments to China.

"Yes, we will continue to add to our investments in China. China is the world's biggest market, and why should we turn down the biggest market?"

Join HWZ's Telegram channel here and catch all the latest tech news!
Our articles may contain affiliate links. If you buy through these links, we may earn a small commission.
Previous Story
China invests 100 billion yuan into state fund for Internet
Next Story
Aggressive battery design caused Note7's demise; this is how Samsung will prevent it from happening again