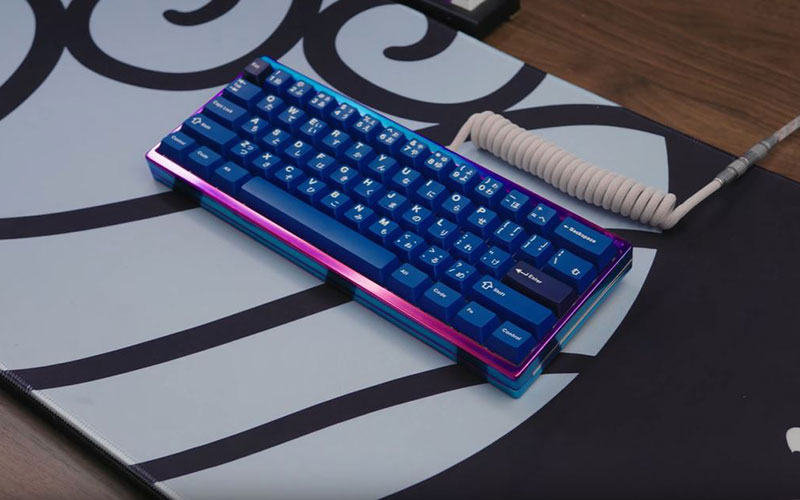 Custom mechanical keyboards are expensive business. They're often run in limited-time group buys, so if you miss it, the only way you're going to pick one up is through the second-hand market or if the vendor happens to list extras.

However, nothing quite says custom like a specially commissioned one-of-a-kind keyboard built for you. Popular Fortnite streamer Turner "Tfue" Tenney asked TaehaTypes to design and build a keyboard just for him, and it costs a whopping US$3,500. I guess few things scream Twitch celebrity quite like a keyboard that costs more than most gaming PCs.

In a recent interview with Launcher, a section of The Washington Post that focuses on video games, Tfue revealed that his biggest source of income is the revenue sharing proceeds from Fortnite, and his total net worth has been variously estimated as approaching US$10 million.

TaehaTypes designs bespoke luxury mechanical keyboards, and he's known for his build streams and reviews on Twitch and YouTube. He's previously built keyboards for former NRG Apex Legends player Coby "dizzy" Meadows and G2's Niclas "Pengu" Mouritzen as well, so he's no stranger to being approached by pros to put together something for them.

Tfue's keyboard has to be one of the most impressive looking ones yet though, featuring a gorgeous purpleish burnt metal finish that is almost iridescent. It's a custom commission of the Keycult No.1/60 keyboard, and boasts an aluminum frame and plate paired with NovelKeys' POM Cream switches.

The GMK Striker keycaps match the finish of the keyboard too, and they come complete with Hiragana doubleshot legends, because everyone knows that Japanese lettering makes everything look cooler. To cap things off, Tfue's name is etched in the top right corner, making it a truly unique piece.

You're probably wondering why the keyboard even costs that much, and it's not because it's gold-plated or anything like that. Keycult's commissions start at US$2,100 for an all aluminum No.1 TKL, 60, or 65 board, mostly because they can't rely on economies of scale to bring costs down. It's the polar opposite of buying a mass-produced keyboard off the shelf, and customers also have the option to request for custom modifications to suit their own needs and tastes.

Join HWZ's Telegram channel here and catch all the latest tech news!
Our articles may contain affiliate links. If you buy through these links, we may earn a small commission.
Previous Story
All Half-Life games are now free to play on Steam for a limited time
Next Story
SteelSeries' new budget-friendly Rival 3 mouse has 'crazy bright' LEDs