Fortnite is getting a Rey skin and other Star Wars goodies

Fortnite is getting a Rey skin and other Star Wars goodies 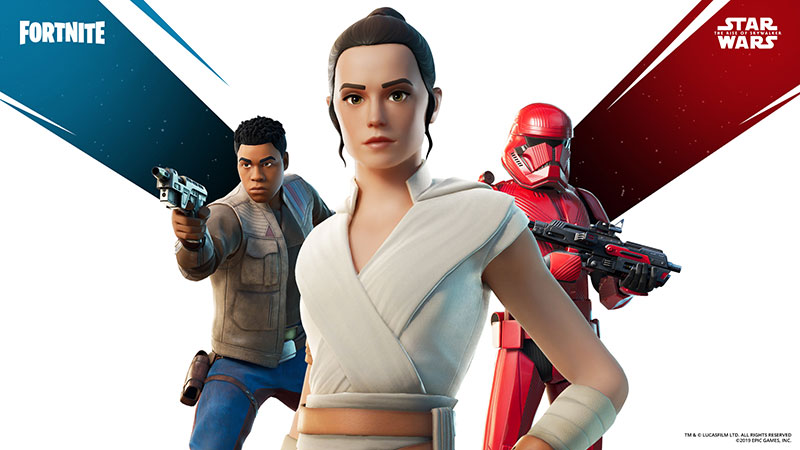 Fortnite has another treat in store for Star Wars fans. The popular battle royale game is getting Rey, Finn, and Sith trooper skins, in addition to a First Order TIE Fighter glider. The new cosmetics come after the release of the Imperial Stormtrooper skin, which was part of a tie-in with the launch of Star Wars Jedi: Fallen Order.

On top of that, there is a Star Wars emote and banner available, but they're only available via gifting.

Epic Games has other things planned in the run-up to the release of The Rise of Skywalker too. On 14 December at 2PM ET (3AM on 15 December in Singapore), Disney will trot out a new scene from the movie in an in-game event held at the Risky Reels drive-in theatre. Players who attend the Risky Reels event will also receive a free TIE Whisper Glider.

The Rise of Skywalker is the last in the new Star Wars trilogy. It premieres in Singapore on 19 December.

Previous Story
The Matrix 4 is coming out on the same day as John Wick 4, both starring Keanu Reeves
Next Story
LG will unveil new gram notebooks at CES 2020
Loading...
Featured Highlights