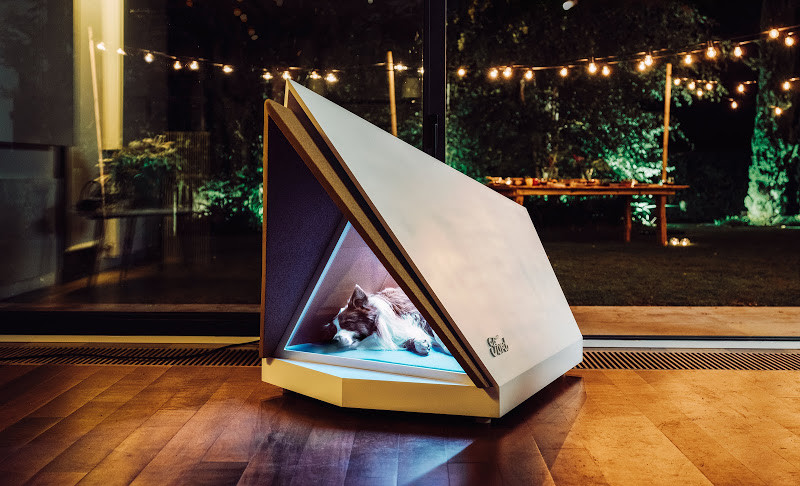 Fireworks are a common sight at festive occasions like New Year’s countdowns and our National Day celebrations, but the boom and flash that’s exciting for us can also be painful for pets. That’s why Ford has devised a kennel with noise-cancelling capabilities to protect sensitive canine ears.

Once microphones in the kennel detect the sound of fireworks, a built-in audio system emits opposing frequencies that cancel out the noise wave – or at least reduce it significantly. High-density cork is also used in the construct, so both passive and active noise-cancelling measures have been taken to maximum effect.

Apparently, the idea was inspired by technology used in the Edge SUV, where noise from the engine and transmission are counteracted by opposing sound waves from the car’s audio system. This is certainly an interesting idea, and follows a similarly interesting proposal from the company for a cot called the Max Motor Dreams. That cot has motors underneath to simulate the feel of being in a moving vehicle. It plays actual road noise and even has built-in LED lighting to simulate the glow of streetlights, thus being a real boon for parents whose babies sleep best in moving cars.

Join HWZ's Telegram channel here and catch all the latest tech news!
Our articles may contain affiliate links. If you buy through these links, we may earn a small commission.
Previous Story
Facebook allowed Netflix and Spotify to read users' private messages
Next Story
Synology's new MR2200ac mesh networking system is packed with useful family features