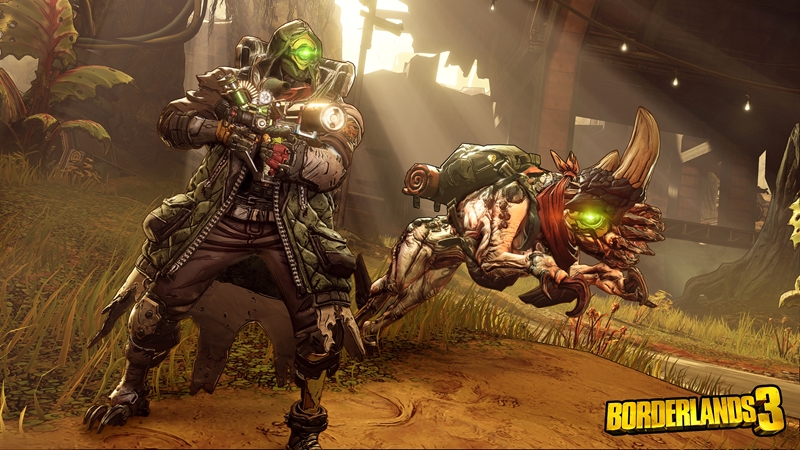 Whew…it’s been really hectic lately, but with the release of the Character Spotlight for FL4K the Beastmaster, we can finally tie up the backend introductions for our new Vault Hunters in the upcoming Borderlands 3.

On that note, let’s take our minds off the game’s impending release on 13th September by seeing what FL4K’s been up to before winding up with the rest of the gang.

FL4K the Beastmaster is a seemingly sentient robot that makes use of several powerful companions to aid him in battle. All he cares about is the hunt, although it is unknown if he is even capable of feeling the thrill of it. You could say that he bears a lot of similarities to Moze, in the sense that they both appear to be wanderers who just happened to be at the right place at the right time.

Well, we won’t know for sure. Yet. 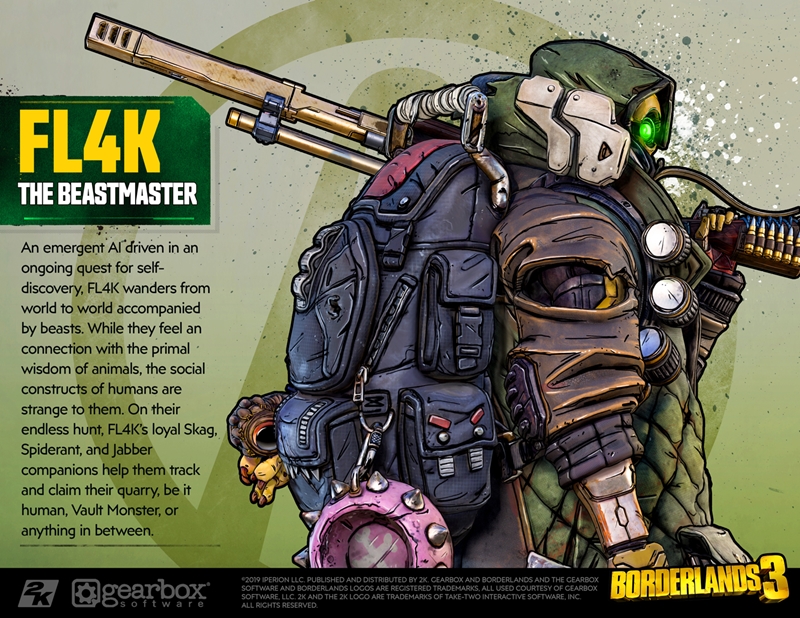 Anyway, based on the trailer, FL4K is able to command four different species of beast. The first is a Skag that appears to be sporting a backpack, the second is a monkey-like creature apparently called a Jabber, the third a modified Spiderant and the fourth a pair of flying Rakk.

While the concept of having companions in battle isn’t new to the franchise – we’ve had turrets, robots and even mechs, we haven’t been able to control actual beasts before, and that’s what makes FL4K super-tempting to play.

Man, there are just so many questions that need answering at this point.

Can he equip weapons on his companions?

Can he hang on to the Rakk and glide across chasms?

But more importantly, can 13th September arrive any sooner?

In the meantime, how about taking a look at FL4K's skill trees? See which one you'd like to use to make your enemies play dead...for real. Heh. That got dark really fast.