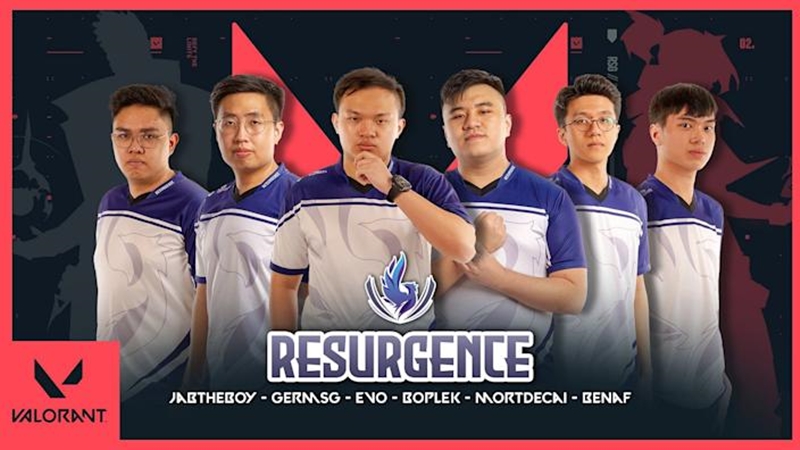 For most gamers in Singapore, the pro esports scene tends to be viewed as something of a pipe dream - it's something that we'll never really be able to achieve unless the stars (and our skills) happen to fall in a nice straight line. Of course, that doesn't mean our current batch of pro players simply got in by sheer good fortune, as we're sure they have also made their fair share of sacrifices to get to where they are.

Nevertheless, that's exactly why seeing these people "fall from grace" due to otherwise avoidable reasons is something truly tragic. And in the first-ever account of match-fixing by competitive Singaporean esports players, let's just say that RSG's Malcolm "Germsg" Chung and four of his Valorant team members have ended up in the spotlight for all the wrong reasons.

According to several screenshots that surfaced online back in April, just after RSG took part in the Valorant Ignition Series Epulze Royal SEA Cup, Chung had apparently made bets of around $3,000 against his own team using an illegal esports betting site and planned to throw the match in order to rake in the winnings. He was also alleged to have told a third party he was confident nobody would find out if they chalked up the team's loss to other factors.

After making the illegal bets, Chung apparently told four out of his five team members, namely Justin "Boplek" Wong, Yeo "Mortdecai" Du Min, Benedict "Benaf" Tan, and Sengdala "Jabtheboy" Jamnalong about it and asked for their assistance in throwing the match. At this point, reporting Chung's acts to their higher-ups would have been the right call, but as it turns out, these four members stayed their hand and kept silent despite not wanting to lose the match and even rejecting Chung's offer of a bribe after the tournament. Valorant developer Riot Games has since noted that their silence was primarily motivated by their fears of being implicated and potentially losing their professional gaming contracts, which is essentially understandable. However, it does not justify why they did not bring the matter up to their manager.

Nevertheless, these four players have since been awarded bans ranging from six months to a year, while Chung, as the ringleader of the scheme, has been struck with a much heavier ban, though the duration of his punishment is unclear at this point. The sixth player on the RSG team who was kept out of the loop is naturally unaffected, though it's worth noting that the team had already disbanded shortly after the tournament.

Correction: We originally reported that the decision to disband RSG's Valorant pro team was made after the screenshots were circulated. However, it was actually made after the tournament itself, and had already been put into effect before the screenshots came to light. Accordingly, we would like to apologise for the error.

Join HWZ's Telegram channel here and catch all the latest tech news!
Our articles may contain affiliate links. If you buy through these links, we may earn a small commission.
Previous Story
LEGO's giant adidas sneaker build will be on display at several malls across Singapore
Next Story
Final Fantasy 9 is getting an animated series adaptation