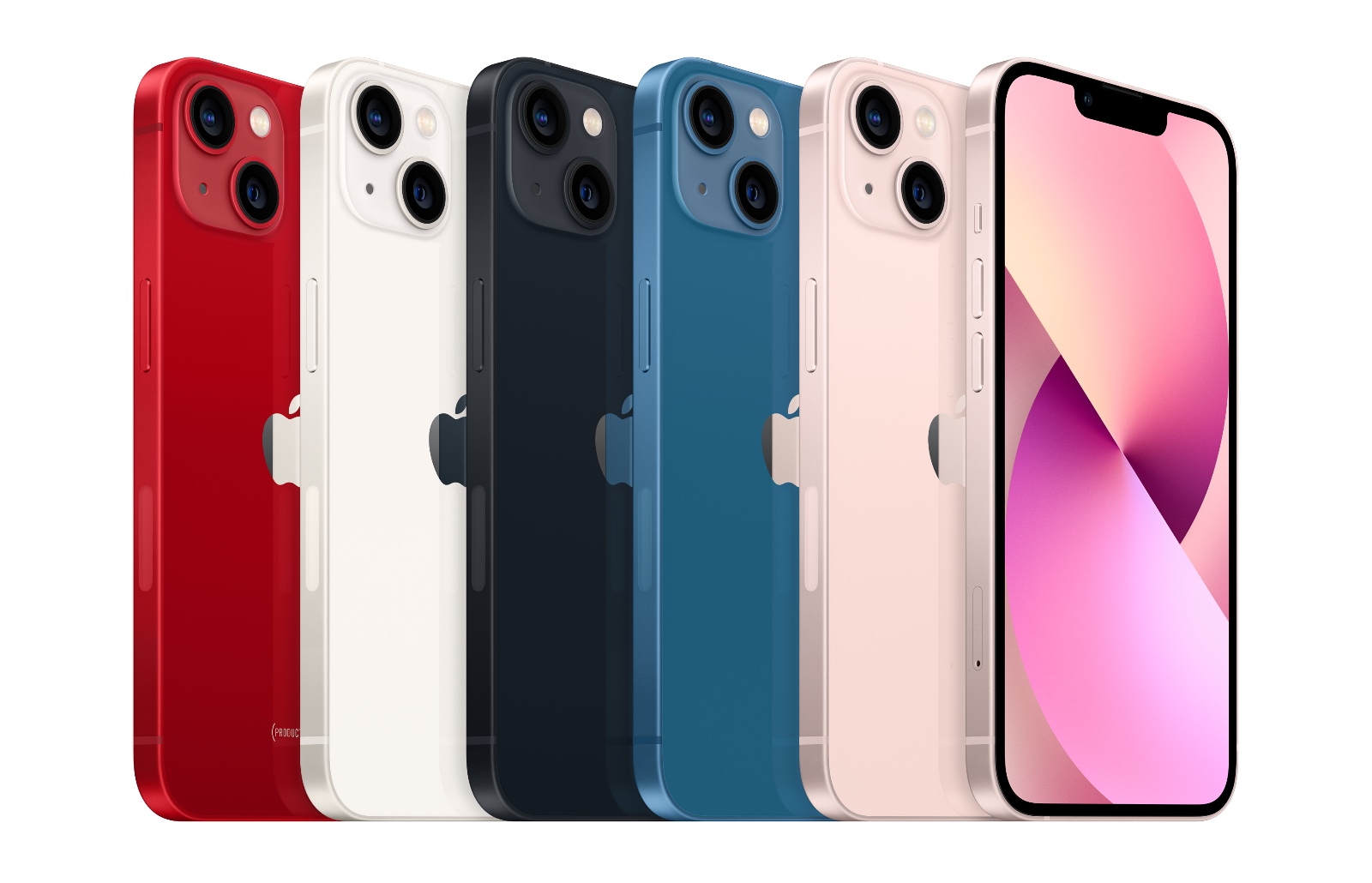 Five of the top 10 best-selling phones in April 2022 are Apple iPhones.

According to Counterpoint's Global Monthly Handset Sales Tracker, Apple led the global best-selling phone list followed by Samsung and Xiaomi. The five iPhone models accounted for 89% of the total sales for April.

The iPhone 13, iPhone 13 Pro Max, iPhone 13 Pro and iPhone 12 secured the top four positions while the iPhone SE 2022 came in at 7th position. Counterpoint says the non-Pro iPhone 13 model has maintained its lead every month since launch and sales numbers are better than the Pro models in most big markets. 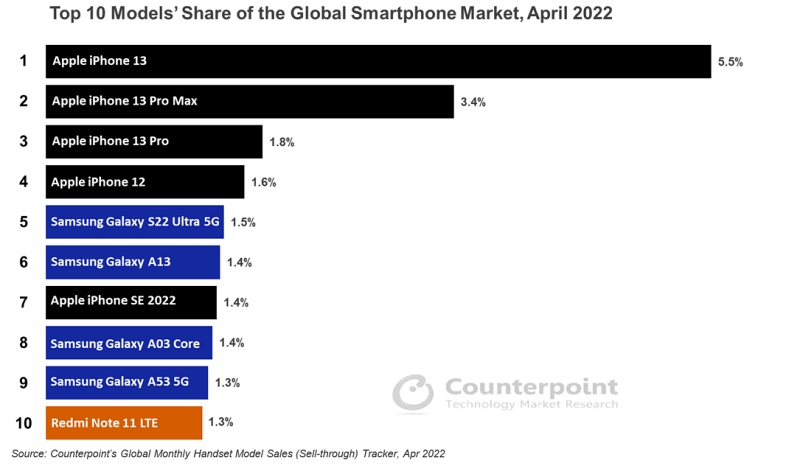 The Samsung Galaxy S22 Ultra 5G rounded up the top five with the Galaxy A13, A03 Core and A53 5G taking 6th, 8th and 9th positions respectively. Xiaomi Redmi Note 11 LTE came in at 10th position. The Chinese company is said to face supply issues which led to a 25% drop in sales compared to the same period a year ago.

Join HWZ's Telegram channel here and catch all the latest tech news!
Our articles may contain affiliate links. If you buy through these links, we may earn a small commission.
Previous Story
Apple confirms iPad will no longer be supported as a home hub in iPadOS 16
Next Story
Poco brings F4 and X4 GT phones to Singapore