Note: This article was first published on 26th August 2021 and the product is now immediately available in retail. 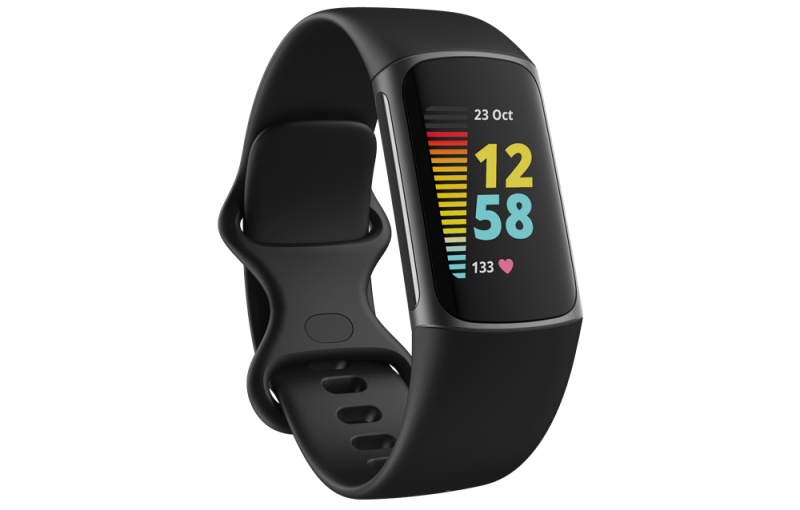 More than a week after purported renders of the fitness tracker leaked, Fitbit today unveiled the Charge 5.

The Fitbit Charge 5 is the first of its series to sport a colour AMOLED screen. It is stated to be 2x brighter than the Charge 4 and you have the option to enable all always-on mode for the screen. However, the always-on display would reduce the battery life of the Charge 5 to two days, down from the advertised up-to-7-day battery life if the feature is disabled.

The Charge 5 adopts a more rounded design compared to its predecessors and lacks any physical button. It also features flagship features first seen in the Fitbit Sense. The Charge 5 will include an ECG sensor that works with the Fitbit ECG app to monitor your heart for atrial fibrillation, as well as an EDA sensor for precision stress tracking and management.

On the fitness aspect, the Charge 5 comes with built-in GPS and SmartTrack to automatically record workouts. The fitness tracker also supports 20 exercise modes and provides data on your VO2 max. As it is water-resistant up to 50m, the Charge 5 can be worn to the pool, shower and on the beach. Other specs include NFC, Fitbit Pay support, Google Fast Pair, sleep mode, and do not disturb mode.

You can now order the Fitbit Charge 5 for S$288 and it ships by late September is available immediately. It comes in three colours options: black/graphite stainless steel, lunar white/soft gold stainless steel, and steel blue/platinum stainless steel. When it does hit retail officially, you can eventually also purchase it off Fitbit's official Shopee store.