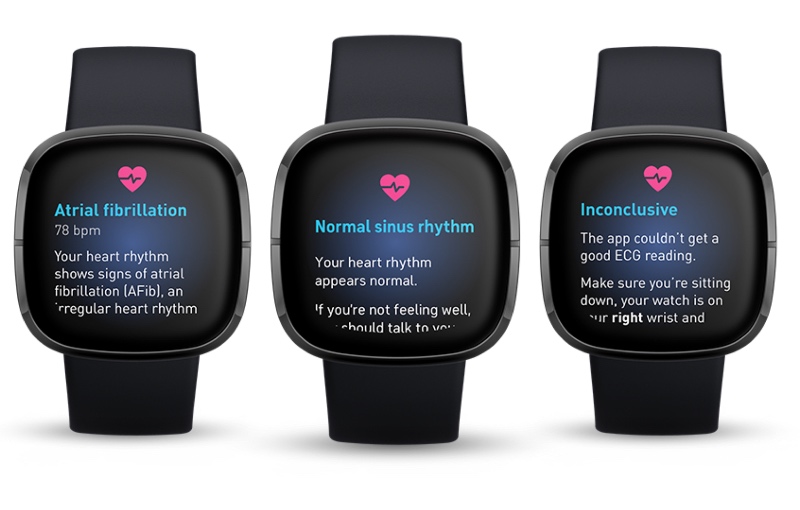 Fitbit announced its Sense smartwatch last year and one of its key features was the ability to do ECGs.

However, much like when Apple launched the Apple Watch Series 4, the ECG feature wasn't available on the Sense at launch. It needed to get approval from regulatory bodies such as the Health Sciences Authority.

Fortunately, that time has come as Fitbit has just announced that it has a necessary approvals to enable ECG functionality on the Sense smartwatch in Singapore.

Ok, let's back track a little. What's an ECG?

ECG (or EKG) stands for electrocardiogram. It measures the electrical activity of the heart by plotting a graph of voltage against time. From the graph, doctors can determine if your heart rhythm is normal and also see if there are any irregularities that need further investigation.

And to clarify, Fitbit says the ECG app in the Sense can’t detect heart attack, blood clots, stroke or other heart conditions.

It's also not meant for use by people under 22 years old. Younger users have higher heart rates.

For more information, head over to Fitbit.

Further reading: Our 3-month review of the Fitbit Sense

Join HWZ's Telegram channel here and catch all the latest tech news!
Our articles may contain affiliate links. If you buy through these links, we may earn a small commission.
Previous Story
Xiaomi eighth official store opens shop in Northpoint City, Yishun on 17 July
Next Story
Microsoft is threatening to bring Clippy back as Microsoft 365's official paperclip icon