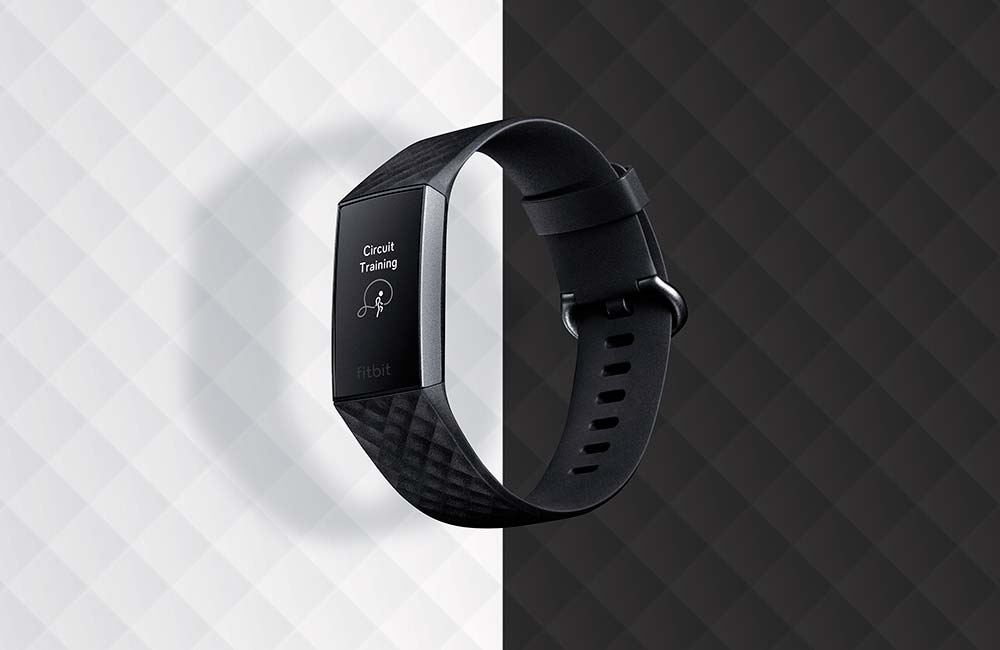 Fitbit has announced the Charge 3, an all-around fitness tracker with some smartwatch smarts.

At first glance, the Charge 3 looks an awful lot like the Charge 2. But the Charge 3 adds water resistance up to 50 meters, a better touchscreen OLED display, and a seven-day battery life.

The Charge 3’s display is bigger than the Charge 2, and is the first Fitbit Charge to have a touchscreen. Instead of a mechanical button, the Charge 3 has an inductive button on the side. Like on a current iPhone, the button will buzz if you press it, mimicking the feel of a real button.

The Charge 3 learns some smartwatch-like smarts. It can get notifications from a smartphone and can whip off canned replies to messages when paired with an Android phone.

The Charge 3 comes with 15-plus exercise modes, including bike, swim, run, weights, and yoga. But while the Charge 3 can now go for a swim, there’s no built-in GPS for tracking your routes.

Fitbit says a new Sleep Score beta feature will be coming later this year, as well as female health tracking to log periods and ovulation. The Charge 3 is made of aluminum instead of stainless steel and plastic, and the display is Corning Gorilla Glass 3. You’d think that with all the new features, the Charge 3 would be more expensive. But the Charge 3 starts from S$238, like the Charge 2’s launch SRP of S$248. It will be available in black with a graphite case or blue-gray with a rose gold case.

There is also a Special Edition version that goes for S$268 which has support for Fitbit Pay to make secure payments on the go and it comes with a different finish such as Lavender Woven with a rose gold case or Frost White Sport with a graphite aluminum case.

There’s one catch though — the Charge 3 will only be available in Singapore come November. Three months early is one heck of a pre-announcement. Fitbit is likely trying to dissuade shoppers from buying the latest Apple Watch, Samsung Galaxy Watch, or the rumored Google Pixel Watch, before it has a chance to launch the Charge 3.

Join HWZ's Telegram channel here and catch all the latest tech news!
Our articles may contain affiliate links. If you buy through these links, we may earn a small commission.
Previous Story
Huawei’s foldable phone could be unveiled at MWC 2019
Next Story
SK Hynix has its first 16Gb DDR5 memory chip