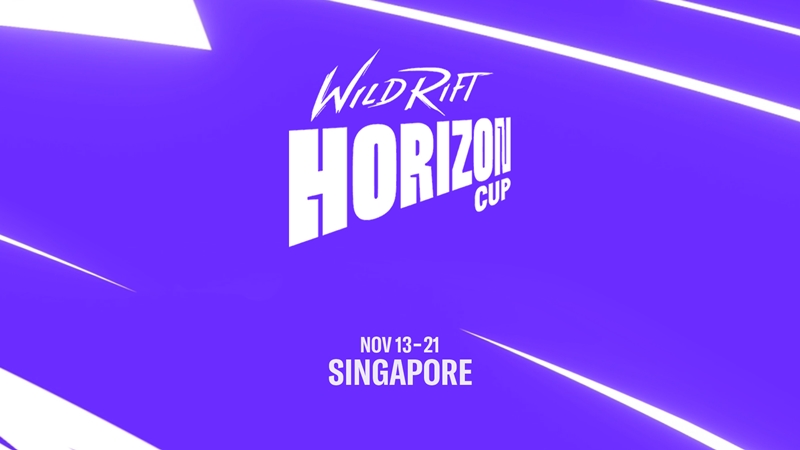 Say what you want about it, but there's no denying that the League of Legends formula works just as well on mobile as it (still) does on a computer. Although Wild Rift is pretty much still an infant compared to its monstrously popular and full grown PC counterpart, it has quickly solidified itself as one of the go-to MOBA titles on the platform, and the exponential growth of its esports scene in the past year says as much.

As a matter of fact, the game is just about to wrap up its annual competitive circuit, and the final leg of the competition, the inaugural Wild Rift Horizon Cup also happens to be the game's first international tournament. Exciting as that is, there's more good news for us, because it will be held right here in Singapore from 13-21 Nov at the Suntec Singapore Convention and Exhibition Centre, or as we usually call it, plain old Suntec City.

Local references aside, we don't really know much more than that at the moment, though developer Riot Games has promised to reveal the full slate of details soon. We've only been told that the top 10 teams from the ongoing regional tournaments will be invited to the Horizon Cup, and that the event is officially supported by the Singapore Tourism Board.

For more information on the game, check out the official Wild Rift site.

Join HWZ's Telegram channel here and catch all the latest tech news!
Our articles may contain affiliate links. If you buy through these links, we may earn a small commission.
Previous Story
Here's what you can expect from the Gran Turismo 7 pre-orders and 25th Anniversary Edition
Next Story
Overwatch 2's executive producer is leaving Activision Blizzard