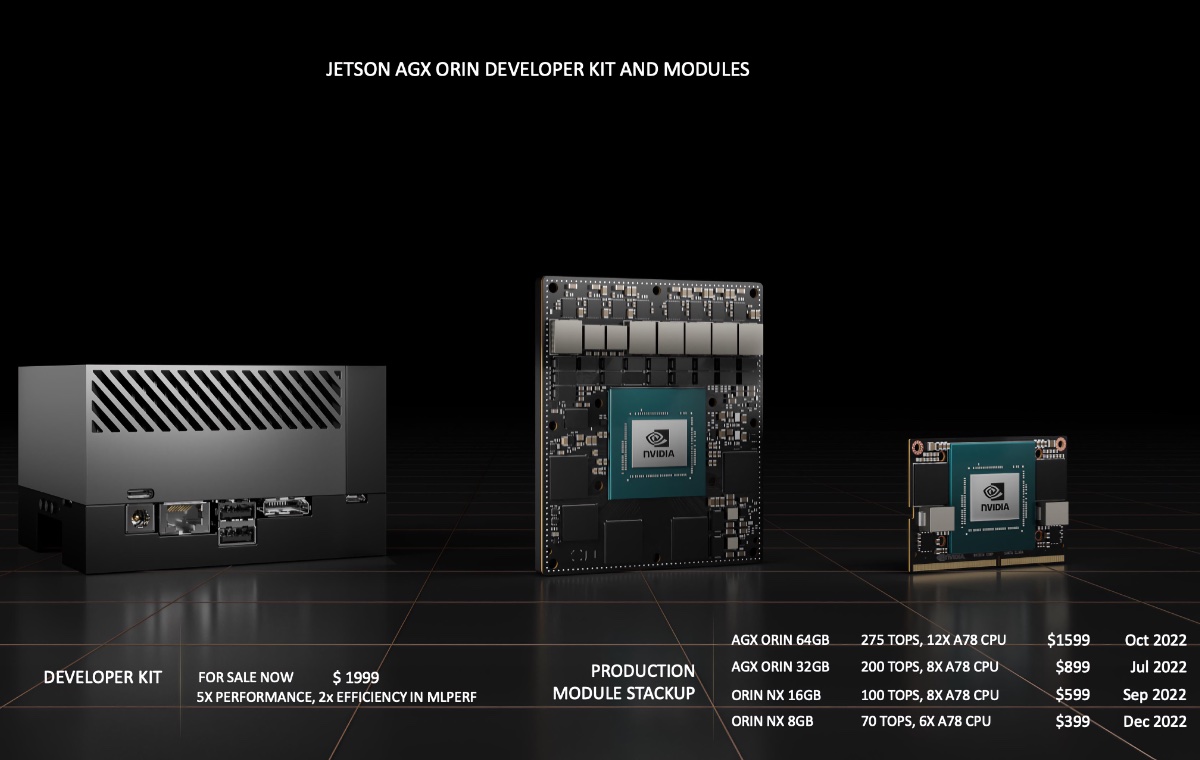 NVIDIA has announced that more than 30 partners are rolling out the first wave of Jetson AGX Orin powered systems.

Available worldwide since GTC in March, this latest Jetson AGX Orin is based on an NVIDIA Ampere architecture GPU with 2,048 CUDA cores, 64 Tensor cores, up to a 12-core Arm Cortex-A78AE CPU, up to 32GB of DDR5 RAM, to deliver 275 trillion operations per second (TOPS), giving customers over 8x the processing power of its predecessor, the Jetston AGX Xavier that delivered 30 TOPS. 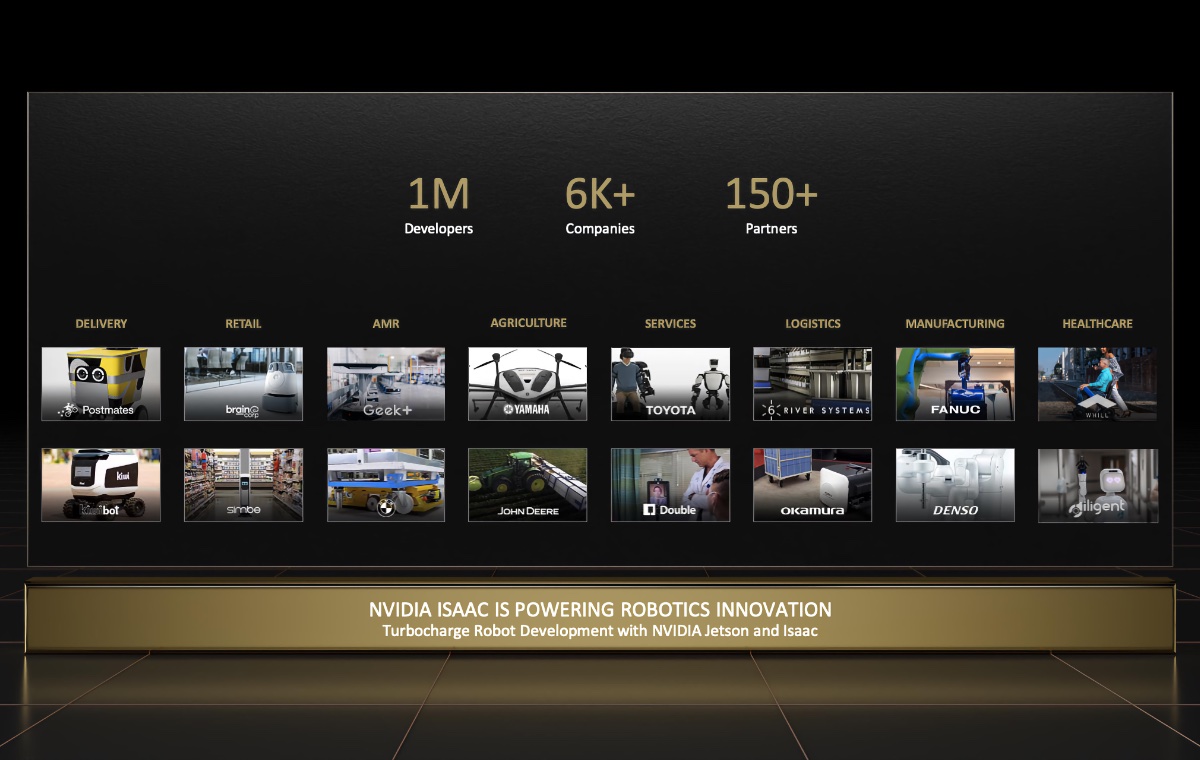 NVIDIA says that it now has over one million developers using Jetson at over 6000 companies.

According to NVIDIA, we can expect to see new products coming from a dozen Taiwan-based camera, sensor and hardware providers for use in edge AI, AIoT, robotics and embedded applications. They will come in fan and fanless configurations with multiple connectivity and interface options, also including specifications for commercial or ruggedised applications in robotics, manufacturing, retail, transportation, smart cities, healthcare and other essential sectors of the economy.

There will also be carrier boards for the modules for custom system development.

Join HWZ's Telegram channel here and catch all the latest tech news!
Our articles may contain affiliate links. If you buy through these links, we may earn a small commission.
Previous Story
Apple iPhone 14 development reportedly behind schedule due to China lockdowns
Next Story
Google upgrades its Street View camera for Google Maps