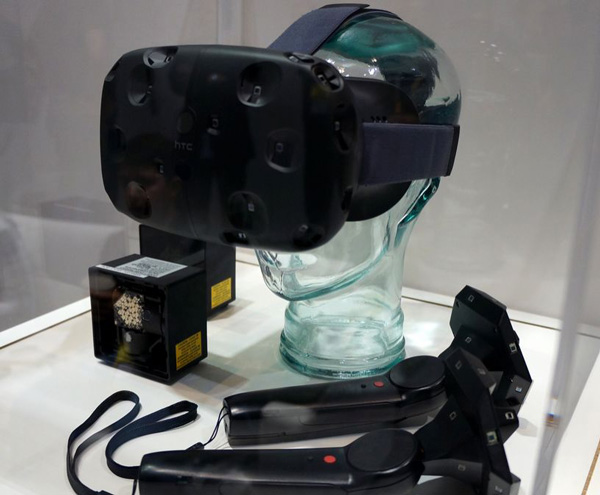 The HTC Vive's just been sent out to the first wave of lucky developers who signed up at SteamVR's sign up page to develop software for it. Surprisingly, the headset looks pretty much feature complete, unlike the Oculus Rift, which underwent two different iterations before the consumer version hits next year.

The HTC Vive Developer Edition comes with a headset, the VR controllers as well as two base stations and all the necessary cables. From what we read from manual, there's some work required to get everything up and running, with most of it being the placement of the base stations. You're going to need some space for that, 4 x 3 meters is optimal, according to Valve.

If you're curious, you can read the full manual online. Most of it is basic stuff, but the base station set-up could prove useful if you're planning to set aside some space and want some pointers.

We still don't know the exact date when the VR headset will launch, though Valve has promised it will be later this year. We also don't know how much it will cost, though most suspect it will remain near to the Oculus Rift's US$350 price point. Of course, Valve could pull a Sega and severely undercut the competition, but we don't really see that happening.

Join HWZ's Telegram channel here and catch all the latest tech news!
Our articles may contain affiliate links. If you buy through these links, we may earn a small commission.
Previous Story
Oppo unveils Neo 5 (2015) and Neo 5s with double-layer metallic frame
Next Story
Facebook Connect no longer works with Microsoft apps and services