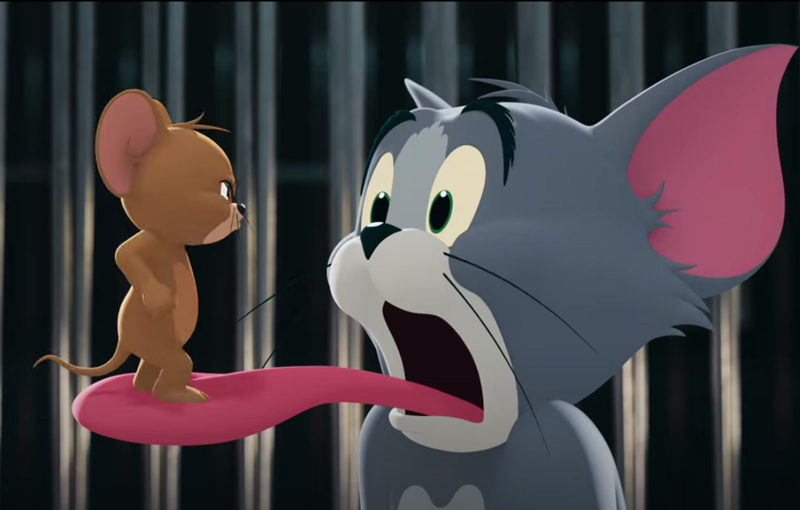 The ultimate game of cat and mouse is back.

Warner Bros. Pictures has released the first trailer for the upcoming live-action Tom & Jerry movie, which sees the iconic duo move to the city and start a new life there. That new life is anything but peaceful, however.

After Jerry tricks Tom into getting run over by a bus, the mouse takes up residence in New York City’s finest hotel on the day before an incredibly important wedding event. This doesn’t go down well with the hotel manager (Michael Peña), who wants to squash his new rat problem and enlists event planner Kayla (Chloë Grace Moretz) to help him do it. Kayla in turn, inexplicably hires Tom to get rid of Jerry - and of course, shenanigans ensue.

The Tom & Jerry movie mixes in both live-action and animated elements much like other Warner Bros. classics likes Looney Tunes: Back in Action and Space Jam. In this particular world, it looks like all the humans will be portrayed in live-action, while the animals come to life in cartoon form. It doesn’t take long for the trailer to devolve into the endless series of violent slapstick gags that defined the original cartoon however, so at least there’s that.

Our articles may contain affiliate links. If you buy through these links, we may earn a small commission.
Previous Story
Logitech's G Pro X Superlight is one of the lightest wireless gaming mice around
Next Story
A new Cyberpunk 2077 video showcases Xbox One X and Xbox Series X differences