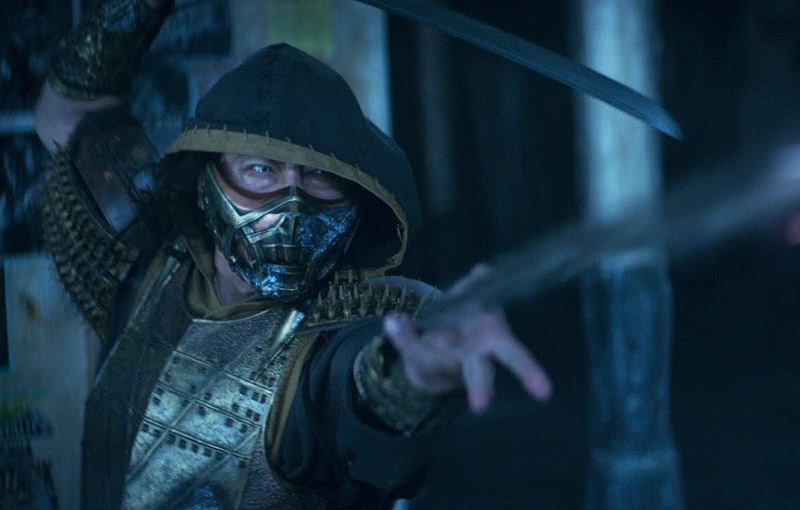 Warner Bros. Pictures have finally revealed their first trailer for the Mortal Kombat movie - and it’s just as gory as one would expect. Most of the games’ early roster of fighters is represented here, including the four-armed Goro and thunder god Raiden!

Watch the red-band trailer below:

As you can probably tell, this movie doesn't skimp on the bloody brutality Mortal Kombat is known for. Scorpion tosses spears through his enemies’ heads, Kano tears out a heart and Jax gets his arms blown off. The trailer introduces each of the main Kombatants by name, and they look like fairly loyal depictions too - besides newcomer Cole Young, who’s a mixed martial arts fighter with a birthmark of the Mortal Kombat logo. Who is this guy, and where is Johnny Cage? Kitana’s missing too, for that matter.

In “Mortal Kombat,” MMA fighter Cole Young, accustomed to taking a beating for money, is unaware of his heritage—or why Outworld's Emperor Shang Tsung has sent his best warrior, Sub-Zero, an otherworldly Cryomancer, to hunt Cole down.  Fearing for his family's safety, Cole goes in search of Sonya Blade at the direction of Jax, a Special Forces Major who bears the same strange dragon marking Cole was born with.  Soon, he finds himself at the temple of Lord Raiden, an Elder God and the protector of Earthrealm, who grants sanctuary to those who bear the mark.  Here, Cole trains with experienced warriors Liu Kang, Kung Lao and rogue mercenary Kano, as he prepares to stand with Earth’s greatest champions against the enemies of Outworld in a high stakes battle for the universe.  But will Cole be pushed hard enough to unlock his arcana—the immense power from within his soul—in time to save not only his family, but to stop Outworld once and for all?

Director Simon McQuoid had previously stated that the movie will feature, “gore, blood and fatalities,” just like the games, and he wasn't kidding. Mortal Kombat will hit theaters and HBO Max on the same day: 16 April, 2021. If you squint, you can also see series antagonist Shao Kahn show up in the form of a statue in the trailer! Could we see a quick cameo from the Outworld emperor?

Join HWZ's Telegram channel here and catch all the latest tech news!
Our articles may contain affiliate links. If you buy through these links, we may earn a small commission.
Previous Story
Singtel’s data breach: What happened, and how can you protect yourself?
Next Story
BlizzConline 2021: We finally got a new look at how Overwatch 2 is coming along