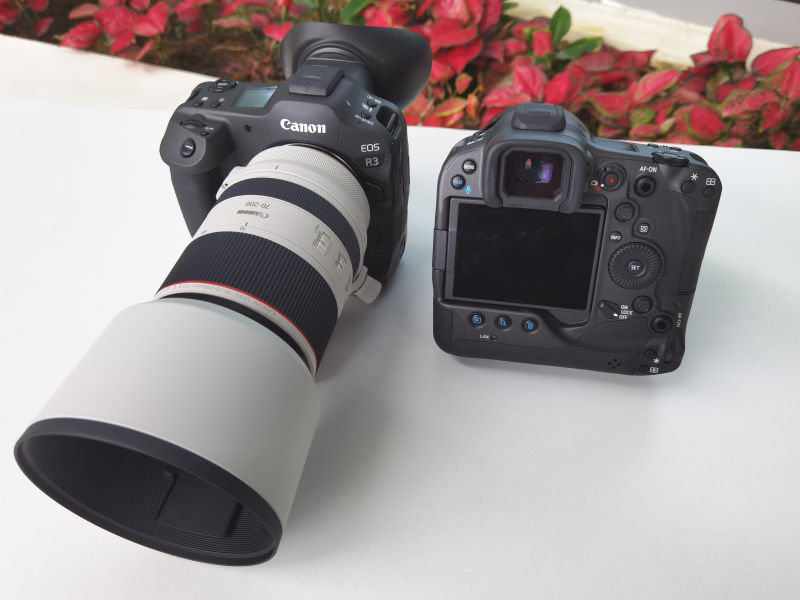 Canon's newly launched EOS R3 is a full-frame mirrorless camera with plenty of new tricks up its sleeve. It is likely their most advanced camera to date going by features alone. First up, it features a brand new 24.1-megapixel back-illuminated stacked CMOS sensor paired with a DIGIC X image processor. The new sensor has with 20% more pixels than the 1DX Mark III and R6, and according to Canon, higher resolution performance than even the 30.4-megapixel 5D Mark IV. The EOS R3 can reach up to 30 fps and shutter speeds of 1/64,000 sec with its electronic shutter (or 12 fps with the mechanical shutter), both with AF/AE tracking. 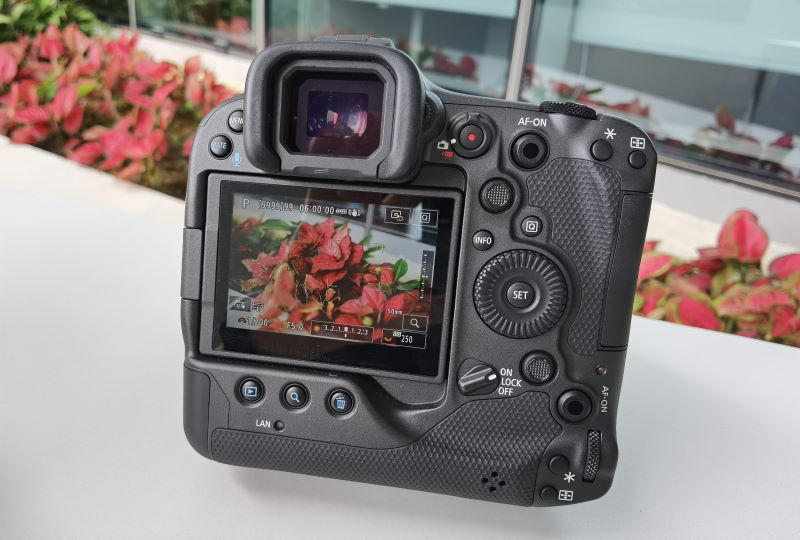 Speaking of, the camera will also introduce a new Vehicle Priority AF tracking mode in addition to People and Animal tracking, which would have been great for motorsports photography if the F1 Night Race was happening this year. In addition, it's also able to track human heads in helmets. Canon is claiming this enhanced tracking precision is made possible by the higher performance of the new stacked CMOS sensor combined the its DIGIC X processor. The EOS R3 can perform 60 fps of AF calculations, three times that of the 1DX Mark III and R5. The improved readout of the CMOS sensor also reduces rolling shutter distortion significantly. 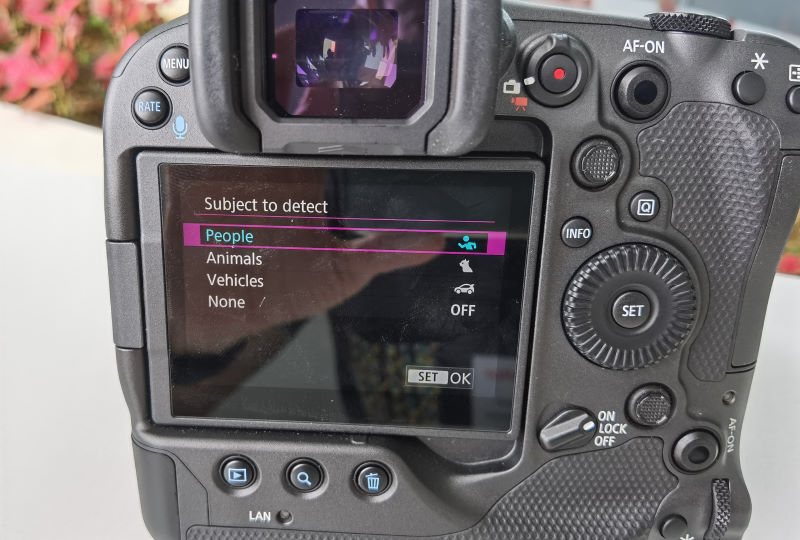 The EOS R3 will feature a new 5.76-million-dot OLED EVF with a 120 fps refresh rate. It also features a brand new eye-tracking AF function using sensors in the EVF that detects your eye movement. Canon is calling this feature Eye Control AF. With this, you can shift focus quickly just by looking at a new subject. It's pretty nifty and frees you from fumbling about for buttons or dials while you're framing with the viewfinder. Besides the new EVF, Canon has also updated the R3 with a 4.15-million-dot vari-angle LCD. 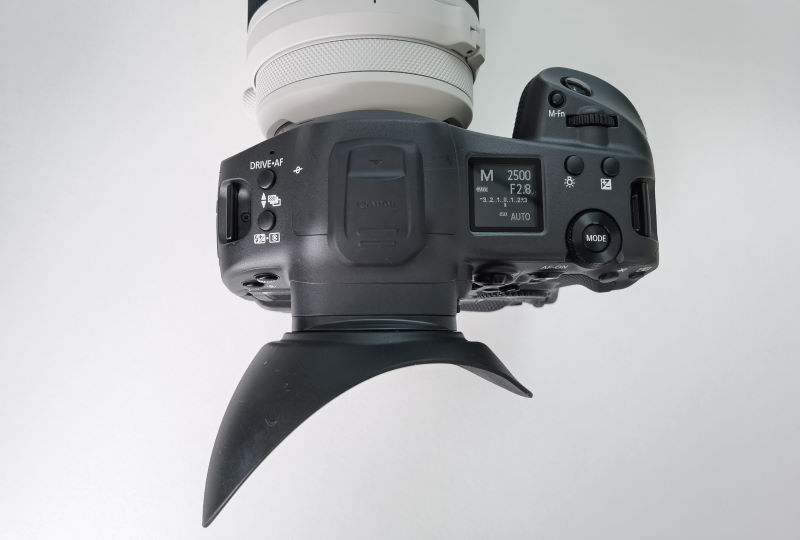 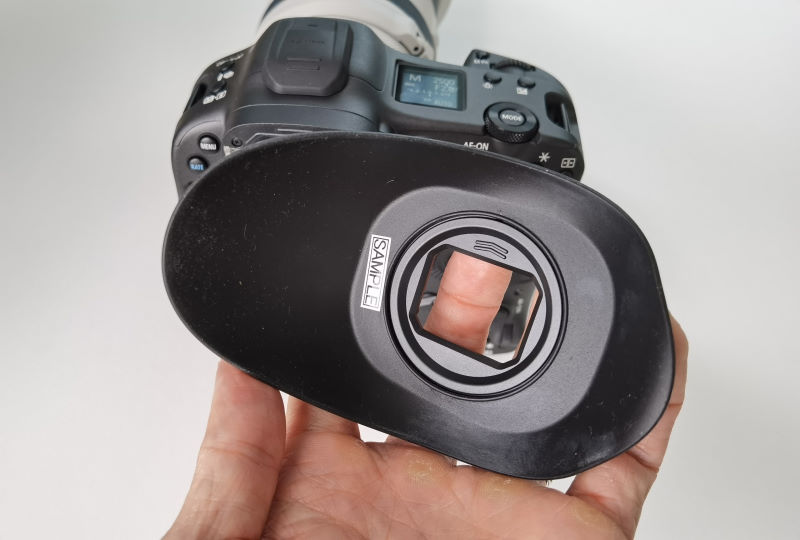 The EOS R3 will also be the first Canon camera to feature a multi-function shoe capable to providing power and data, working with a greater range of accessories besides flash units. These include a Directional Stereo Microphone DM-E1D, Speedlite Transmitter ST-E10, Multi-Function Shoe Adapter AD-E1 for flashes with dust and drip resistance, and Multi-Function Shoe Adapter for Smartphone Link AD-P1 for mounting a smartphone. 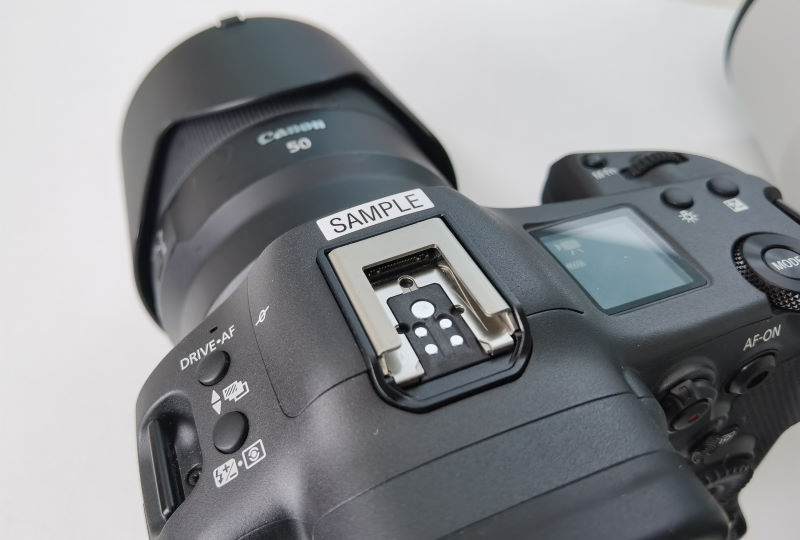 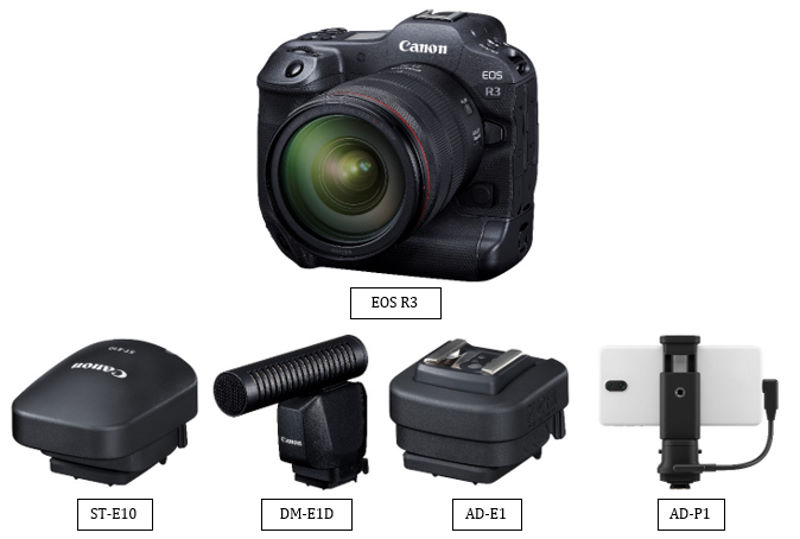 Other features include Bluetooth, Wi-Fi, GPS support, with wired LAN built-in. The camera uses the LP-E19 battery pack and supports direct charging via USB-C PD. The EOS R3 features the same weather resistance as the 1DX Mark III, but is actually 15% shorter and 30% lighter (around 400g) than the 1DX Mark III. The EOS R3 weighs in at 822g (body only). 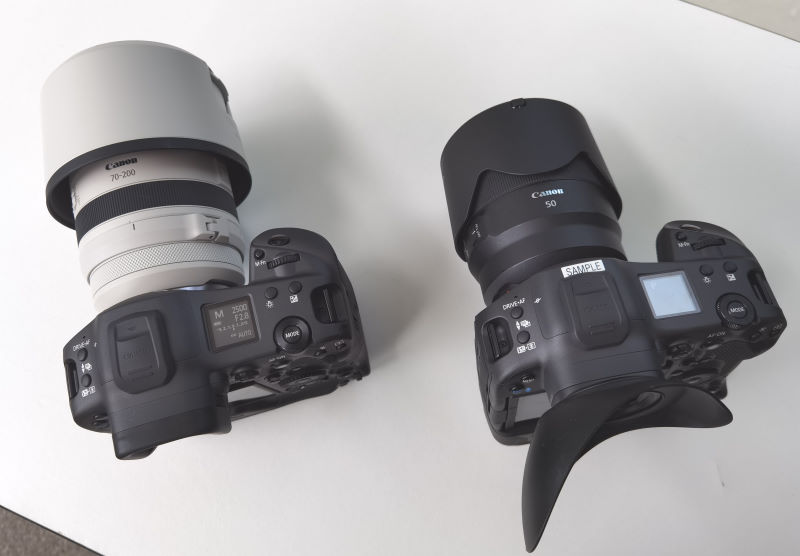 The EOS R3 will go on sale in November 2021, with pricing yet to be announced.

The RF100-400mm f/5.6-8 IS USM is a great zoom lens that's compact and lightweight (for a 400mm lens), measuring just 165mm in length and weighs 635g. A quick trial with the new EOS R3 proves that it's well balanced and capable of allowing a quick single-handed shot or two. With the RF16mm f/2.8 STM on the other hand, Canon seems to be trying to introduce a more affordable wide-angle fixed lens which feels like a great entry point for video needs. It's pretty compact at 40.2mm tall and 165g. 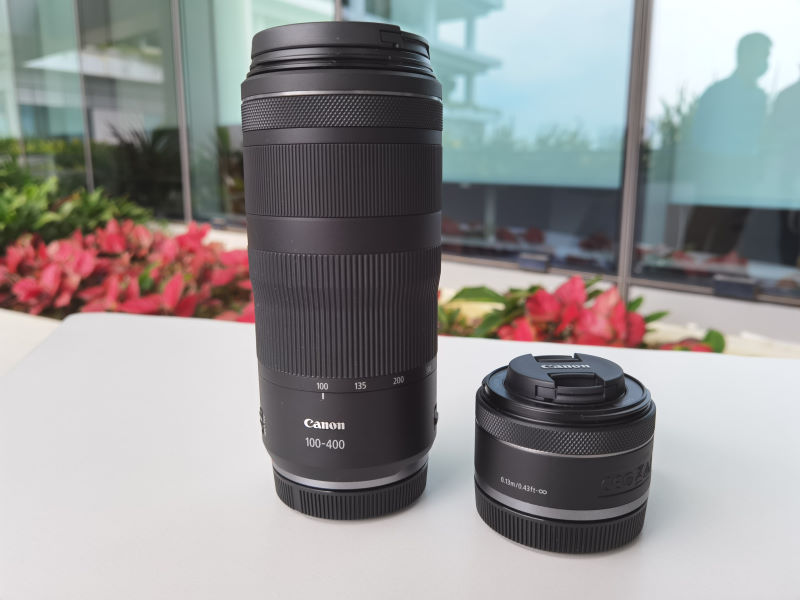 Join HWZ's Telegram channel here and catch all the latest tech news!
Our articles may contain affiliate links. If you buy through these links, we may earn a small commission.
Previous Story
Second generation Sonos Beam packs support for Dolby Atmos and new audio formats
Next Story
Pokemon-inspired salt and pepper shakers are now available for pre-order on Premium Bandai