Firefox Send is a free encrypted file transfer service for everyone

Firefox Send is a free encrypted file transfer service for everyone 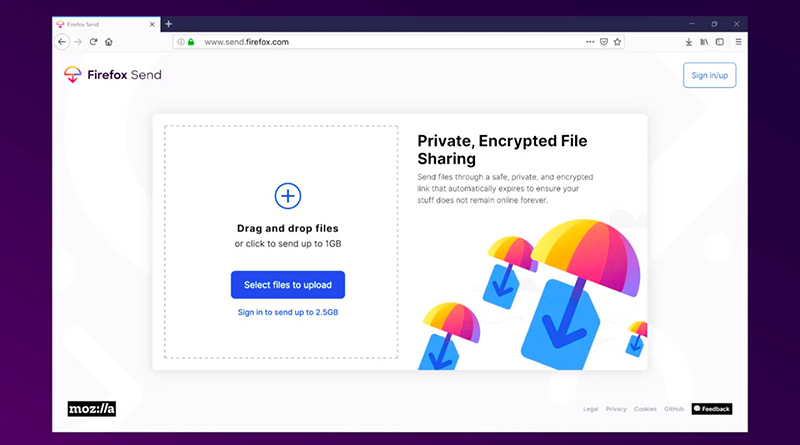 Mozilla is pretty big on privacy, and it's now made available an update to its Firefox web browser that offers a free end-to-end encrypted file transfer service for everyone. Firefox Send was first introduced in 2017 as part of the Firefox Test Pilot program (this shut down in January), but it wasn't until now that everybody had access.

You'll need a Firefox account to make the most of Firefox Send and utilize the maximum file size of up to 2.5GB between browsers. If not, you'll be limited to just 1GB. Fortunately, this limit applies to senders only and not recipients. In addition, Send is getting its own Android app, albeit in beta.

Firefox Send doesn't restrict users to different tiers either, unlike Dropbox or WeTransfer. This is good for casual users, but it means that those who require a more powerful option can't buy extra space.

That said, Firefox Send should offer enough to satisfy most people, especially with its emphasis on security. For instance, you can set a file expiration date, limit the number of downloads, and also protect your file with a password.

Previous Story
Intel and other tech giants team up to develop Compute Express Link, an open interconnect technology
Next Story
TPG is expanding its free service trial to 200,000 users