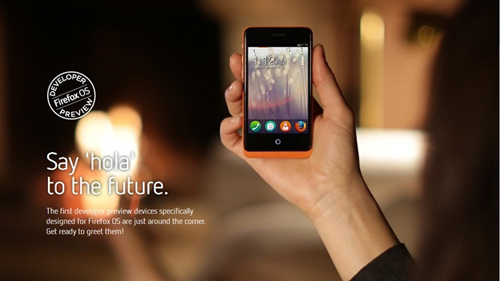 The mobile OS market is currently dominated by iOS and Android, but that has not stopped Firefox from trying. Earlier this year, we saw the first commercial build of the Firefox OS at MWC. And just today, Geekphone, has began putting up two Firefox OS developer phones for sale.

Called Keon and Peak, the phones are available to developers for US$119 and US$194 respectively and both have sold out within hours of launch. According to reports, Geekphone had initially planned on fulfilling about 5,000 orders a day. A company representative has also reportedly said that response has been tremendous. Additionally, the company is ramping up production and hopes to put the two phones back on sale this Friday.

Although Firefox OS is not aimed at the high-end market and won't be a direct competitor to iOS and Android, it will be interesting to see how it fares when it makes its initial launch later in June in Spain, Brazil, Portugal and Venezuela. Success in the middle, emerging markets could act as platform for greater things.

Join HWZ's Telegram channel here and catch all the latest tech news!
Our articles may contain affiliate links. If you buy through these links, we may earn a small commission.
Previous Story
Rumor: Google Android 5.0 Delayed
Next Story
Panasonic's New Advanced Compact LF1 Comes with a Built-in EVF & f/2 Lens