Firefox OS to Debut in Five Countries in June, 11 More by End of the Year

Firefox OS to Debut in Five Countries in June, 11 More by End of the Year 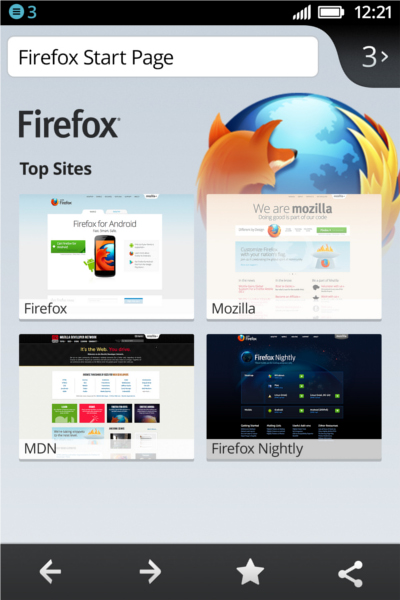 We saw the first commercial build of the Firefox OS at MWC 2013 two months ago, and it seems that Mozilla is ready to launch the mobile operating system in the next few months.

According to  AllThingsD, Mozilla CEO Gary Kovacs said that the company is rolling out Firefox OS to five countries in June, followed by 11 more by the end of the year. The first five countries are Venezuela, Poland, Brazil, Portugal and Spain.

The mobile operating system will make its debut in the U.S next year. When queried about the company's decision to launch in these markets, Kovacs stated that the emerging markets are where Firefox has a huge presence.

AllThingsD - "In Silicon Valley we tend to see the world through high-end devices,” Kovacs said. “But that’s not true in the rest of the world. So in the short term, we’re launching in emerging markets where Firefox is particularly strong. … It didn’t make sense for us to launch a version-one device around the world.”

Several phone makers such as Huawei, LG and ZTE have signed up to produce Firefox OS smartphones, and the devices will be powered by Qualcomm Snapdragon processors. As they are mainly developed for the emerging markets, the Firefox OS phones are unlikely to come with high-end specs.

Join HWZ's Telegram channel here and catch all the latest tech news!
Our articles may contain affiliate links. If you buy through these links, we may earn a small commission.
Previous Story
Foxconn Increases Hiring in Anticipation of Production of New iPhone
Next Story
YouTube Adds Tape Mode to Celebrate 57th Anniversary of Videotape