By now, most of us on the Internet should have come across at least one fan complaint regarding the awful font Square Enix used for the Final Fantasy Pixel Remasters - a collective term used to refer to the remasters for the first six games in the iconic RPG franchise.

Last Friday, Square released the first three titles for PC (via Steam) and mobile platforms (iOS and Android), but as it turns out, it would seem that the rather awkward font they've used for the games has drawn much more flak than any gameplay issue might have. Granted, it's not technically a bad font - it's just that it doesn't gel with the games' aesthetic. To provide an analogy, it's kind of like wearing a shirt that doesn't match the colour of your pants, and at this point, it's better if we just show you what it looks like. 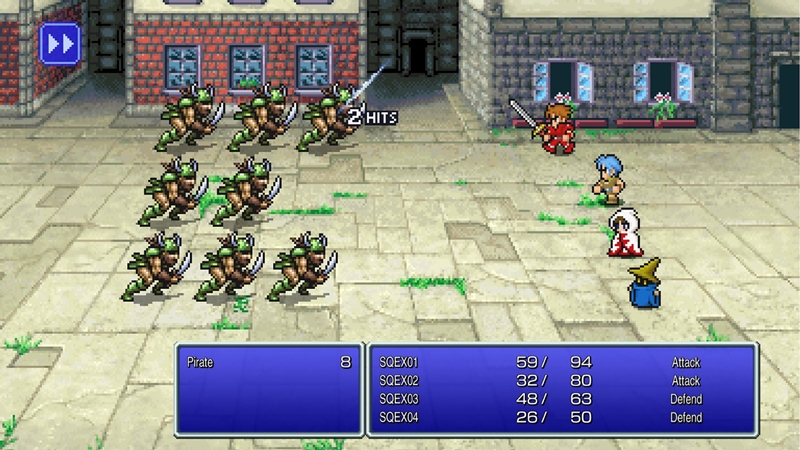 Weird, huh? No pixel game really worth its salt would be caught dead with a font that looks oddly like Arial Narrow.

Fortunately, it would also seem that not all heroes wear capes, because apparently, a Final Fantasy modder who goes by "Patera Quetzal" on Twitter has come up with a much more flavourful replacement font for the PC versions of the remasters.

As the modder, who also happens to have been one of the first people to highlight the poor font choice explains in his tweet, his font is fundamentally inspired by Earthbound, although he's also tossed in a little extra work to make sure all the glyphs and symbols line up properly. Not only that, he quickly followed up the initial post by adding a second version based on the free Silver font from Poppy Works - this second file offers support for 10 languages, including English, French, German, Russian and Italian, among others.

Apart from the font, it would appear the community was also rather unhappy about the fact that the Pixel Remasters will not be made available on console, prompting Square to reply that they would consider porting them over if the demand was significant enough. As for the other three titles in the set, they are supposedly scheduled to arrive sometime later this year, though whether Square will switch up the fonts before releasing them is anybody's guess.

Join HWZ's Telegram channel here and catch all the latest tech news!
Our articles may contain affiliate links. If you buy through these links, we may earn a small commission.
Previous Story
Star Wars: The Bad Batch will return for Season 2 on Disney+ next year
Next Story
Google unveils new wireless, battery-powered Nest Cam and Nest Doorbell