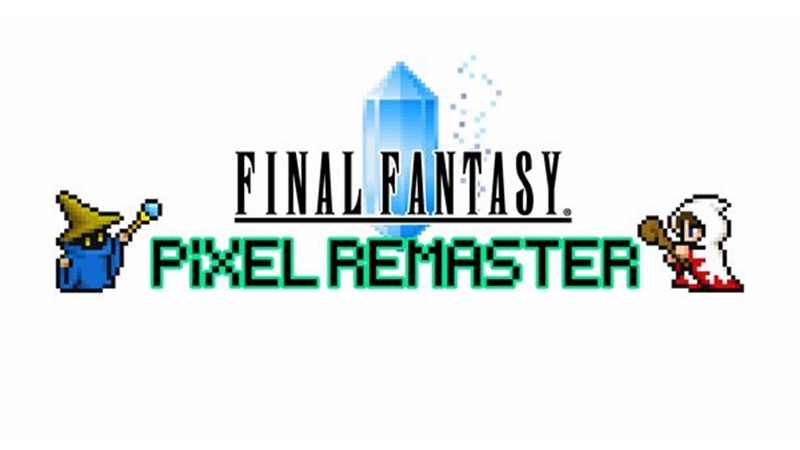 As far as RPGs are concerned, Final Fantasy remains one of, if not the most prominent franchises in gaming history, and ever since the first title released in Japan for the NES in 1987, it has gone on to spawn numerous sequels, spin-offs, and of course, remakes - like the recent one for Final Fantasy VII.

Speaking of the first title, it seems that gamers who are looking for a nibble or two of RPG nostalgia can instead chow down on three entire "cookies" on Steam, iOS, and Android. Or, to be more specific, Square Enix has apparently raised the curtains on its "pixel remaster" series by releasing upgraded versions of the first three Final Fantasy games on the aforementioned platforms.

Apart from receiving aesthetic facelifts, the remastered titles, which were originally released between 1987 and 1990 have also received huge upgrades to their gameplay, UI, audio, and many other miscellaneous aspects. Amusingly, one of the biggest changes highlighted by Square Enix is that players will now be available to save anywhere, a feature that was hilariously (and dare we say, annoyingly) absent from the original games.

But there's more, and by "more", we mean there's loads of extra stuff that gamers can get their hands on if they purchase any of the three available remasters via Steam on or before 12 Aug. Now, we're not sure if Square will add more stuff to the list as they continue pumping out the remaining three remasters, but the current spread already features some pretty interesting stuff - including two exclusive wallpapers, a 20% discount per title and a trio of rearranged music tracks and remixes for each FF game. Regarding the latter, do note that the specific tracks will differ from game to game, so we've listed them down below for your reference.

As a final note, although fans will certainly be able to purchase the games individually, you might also want to consider purchasing all six "pixel remaster" titles as a bundle, which costs roughly S$117 on Steam (at the time of writing) for the best overall value.

Or you know...you could just get it because it's Final Fantasy.

Join HWZ's Telegram channel here and catch all the latest tech news!
Our articles may contain affiliate links. If you buy through these links, we may earn a small commission.
Previous Story
Certis robots land at PLQ to provide a safer and better shopping experience
Next Story
Ergomeister’s FAEZ8ERG ergonomic chair is perfect for the long haul