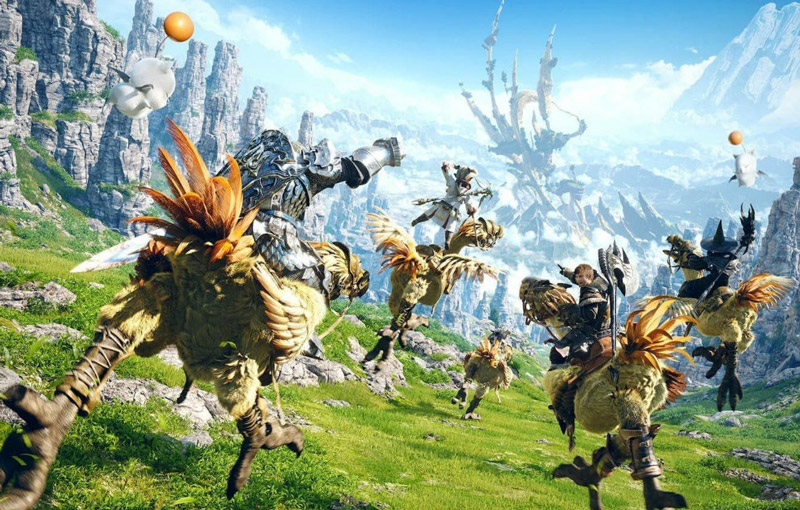 Square Enix’s storefront managed to completely sell out its digital PC copies of Final Fantasy 14 recently, to the point that interested buyers had to be placed on a waiting list. This was a temporary issue of course, but it’s pretty bizarre that an eight-year-old game is still seeing so much demand today.

Final Fantasy 14 recently had a huge surge in popularity, breaking its concurrent player record on Steam with over 50,000 players. For comparison, its previous record was slightly over 41,000 concurrent players on Steam alone. The game didn’t even receive a big content update to justify this spike, with its next expansion only launching in November 2021.

That makes it even more puzzling that the Square Enix storefront managed to run out of digital copies - but there is an explanation. The store didn’t run out of stock, so much as it ran out of pre-generated codes for PC copies of the game, and had to halt purchases until more codes could be produced for consumers. The publisher was likely caught unprepared for the game’s sudden rise in popularity, that’s all.

Final Fantasy 14 is probably getting a lot of attention lately due to Twitch streamer Asmongold, who recently started playing the game live. Many viewers were likely spurred onto the game after checking out his streams, considering he usually plays MMORPGs and has built up a following around them. Final Fantasy 14 hit the PlayStation 5 back in April, and has an expansion called Endwalker launching on 23 November, 2021. More excitingly, a cookbook based on the game is also releasing that same month!

Join HWZ's Telegram channel here and catch all the latest tech news!
Our articles may contain affiliate links. If you buy through these links, we may earn a small commission.
Previous Story
The 25th anniversary MR-G delivers samurai inspired aesthetics and style for a price
Next Story
Canon launches new low-cost photo printers for home users