Note: This article was first published on 28th August 2019. 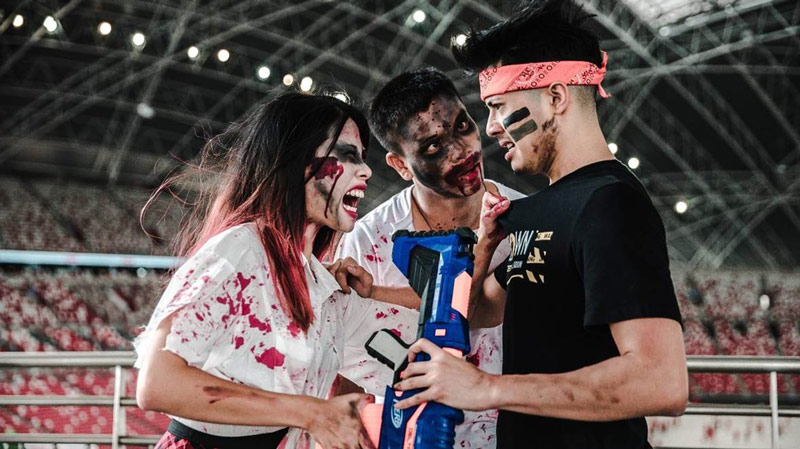 Zedtown has announced that an all-new zombie survival game will be invading Singapore and take over the National Stadium on 26 October 2019.

The event, titled Zedtown Asia: Battle of Singapore is the 34th instalment of the Survivor vs Zombie experience. Thousands of players have participated in previous installments across Australia and America since 2012, which makes its Asian debut quite a big deal.

This version will have Singapore in a simulated State of Emergency. Zombies have taken over! The powerful one-percenters live in a posh barricaded condo in safety, and their leader Count Mah Nee (get it? haha) has called on the remaining Survivors to fight each other and the Zombies for a chance to join him.

Essentially, it’s a battle royale, in real life, with Nerf guns and... zombies. It's definitely going to be a unique experience, to say the least. Survivors will have to battle other Survivors, and wounded Survivors will turn into Zombies. Your chances of survival will steadily dwindle down over time, and only the best will make it into the condo of dreams.

The event will happen over two sessions on Saturday, 26 October 2019. One will happen at 12pm, and another at 6pm. Ticket prices range from S$40 to S$125 (from Sports Hub Tix), depending on which package you’d like to grab. 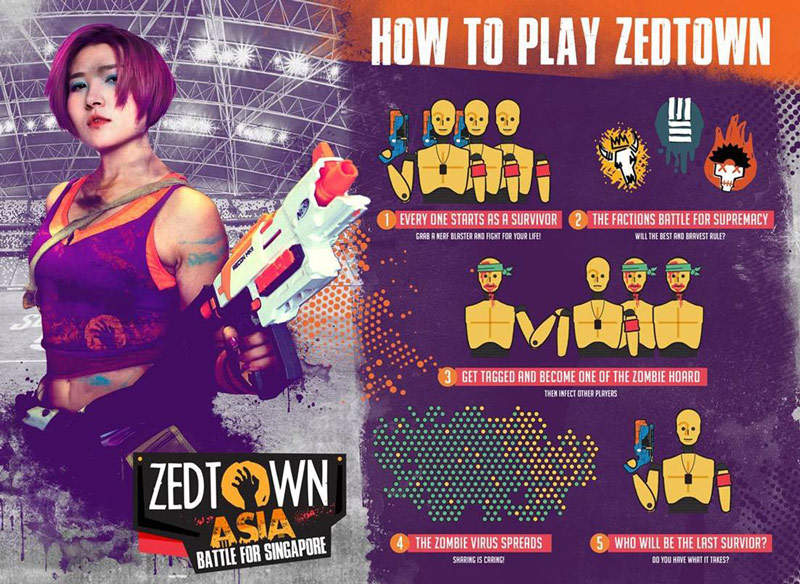 There are a limited number of spots available for this game, so you should probably get tickets early if you’re interested. Plus, the first 100 ticket holders to present their tickets at Zouk on 26 October 2019 will get free access to Zouk’s Halloween Party. Hey, if you lost a game and need to drown your sorrows… you know where to go!