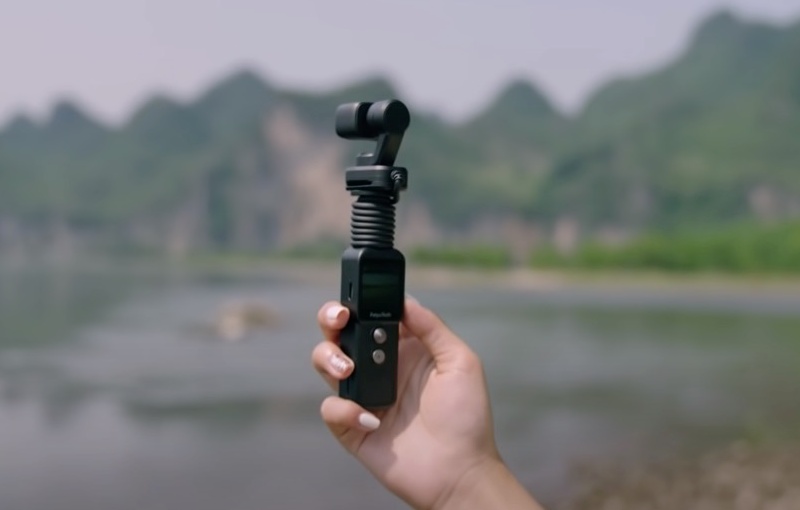 FeiyuTech shows off the capabilities of its Pocket 2S gimbal camera in a YouTube clip.

Positioning the Pocket 2S as "a camera to shoot under special circumstances", the company shared that the three-axis gimbal lens can be magnetically attached to metal or inserted into the action camera base. As it weighs only 179g, Feiyu claims the gimbal camera will not be a burden when attached and worn on a helmet for a long time.

The video also discusses how the 3-axis stabilisation system, anti-shake algorithm and 130-degree ultra-wide angle lens can produce stable and smooth video footages. The Feiyu Pocket 2S offers three tracking modes: fast follow, riding and mount on car. The Pocket 2S is stated to have the world's first detachable handle which has a five-way joystick to control the direction of the camera.

It is now available for pre-order with 25% discount off the retail price on Indiegogo.

Join HWZ's Telegram channel here and catch all the latest tech news!
Our articles may contain affiliate links. If you buy through these links, we may earn a small commission.
Previous Story
Apple Watch Series 7 may be delayed due to production issues
Next Story
Future iPhones may come with satellite features for emergencies