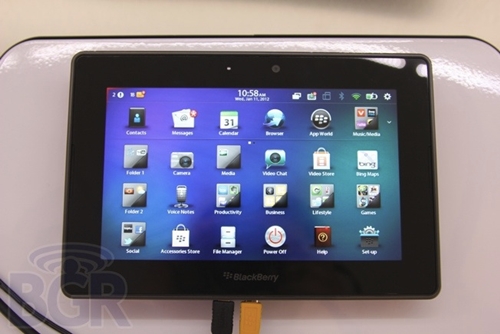 Update: According to SlashGear, the BlackBerry PlayBook OS 2.0 operating system will most likely be launched and demo-ed at MWC on the 29th this year.

BGR has gotten more confirmation with regards to the release date for BlackBerry PlayBook OS 2.0 and the day is set for the 21st of February. This is right on track with what RIM revealed during Devcon Asia in Singapore last year, with a roadmap for the update pointing to somewhere in this month for its slated launch date.

The PlayBook OS 2.0 will bring many updates that users found lacking in the device, including native email, calendar, and contacts apps. Bridge 2.0 will also bring a few new features, including a remote control feature. Unfortunately, BBM will still not be present from this update.

Take a look at the OS in work here (credit goes to The Verge):


At this stage, it is still unclear whether the PlayBook will eventually adopt the BlackBerry 10 OS after the arrival of its OS 2.0.

Join HWZ's Telegram channel here and catch all the latest tech news!
Our articles may contain affiliate links. If you buy through these links, we may earn a small commission.
Previous Story
Leaked Windows Phone 'Tango' Images Found on WP7forum
Next Story
ASUS Clarifies on Android 4.0 Update for Eee Pad Transformer [Update]