Feature Limitations in iOS 6 Mark the Start of iOS Fragmentation?

Feature Limitations in iOS 6 Mark the Start of iOS Fragmentation? 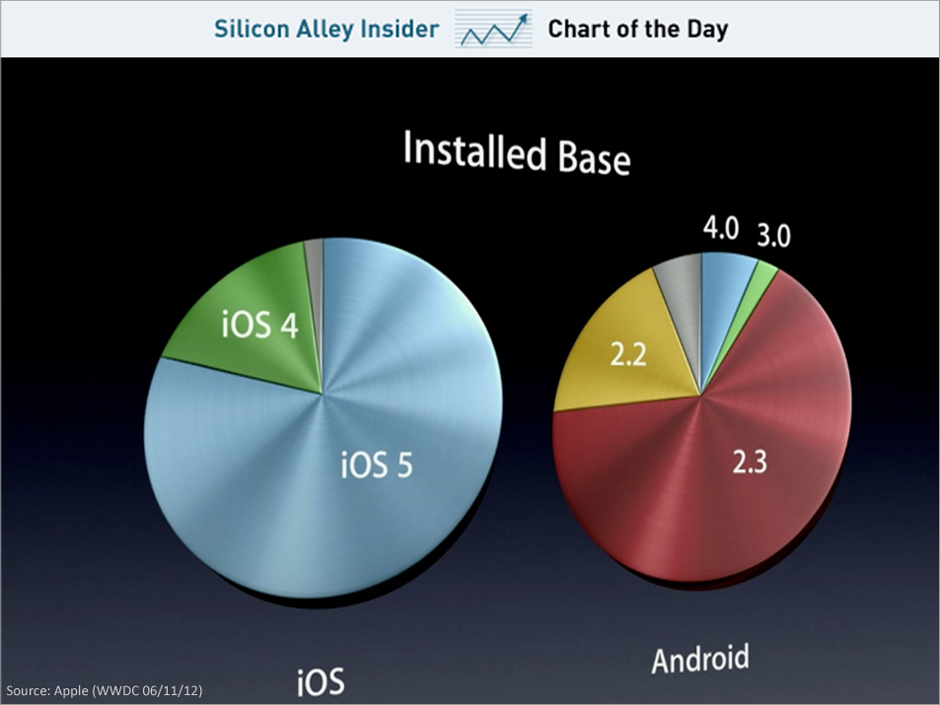 It's a well-known fact that the Google's Android operating system face heavy fragmentation issues because of its open-sourced nature; a testament to the statement is the fact that there are currently hundreds of Android devices on the market running on various Android OS versions. With the introduction of iOS 6, Apple may finally have to deal with fragmentation as well.

The OS update will be available for the iPhone 3GS and later, the 2nd- and 3rd-generation iPad, and the 4th-generation iPod touch in the fall, with some features not available on all products. The original iPad and third-gen iPod Touch have been left out out, as rumors have previously pointed. A closer look has revealed how much some of the more exciting features will be left out, case in point, the new 3D Flyover feature and turn-by-turn voice navigation within Apple's new Maps app, on older devices such as the iPhone 3GS and iPhone 4.

BGR - While the iPhone 3GS and iPhone 4 will be compatible with iOS 6, both devices will get a version of the software that forgoes key features. As noted by Ars Technica, Apple’s impressive 3D Flyover feature and turn-by-turn voice navigation found within its new Maps app will only work on A5-powered devices, meaning the iPhone 4S, iPad 2 and the new iPad.

Both Flyover and turn-by-turn navigation can require a lot of intense 3D processing, however, which may put too much strain on the 3GS or even devices using Apple's A4 processor, including the first-gen iPad and the iPhone 4. The iPad 2 and the iPhone 4S use A5 processors; the best-equipped device may be the third-gen iPad, which has an A5X processor and 1GB of RAM.

That's the only the start of the fragmentation issue on Apple's older devices - the iPhone 3GS doesn't support FaceTime as it does not have a front-facing camera and will not be able to support software upgrades like offline reading, Shared Photo Streams, VIP list and VIP and Flagged mailboxes in Mail, and Offline Reading List. Check out Apple's list of limitations below, as seen on their webpage:

Join HWZ's Telegram channel here and catch all the latest tech news!
Our articles may contain affiliate links. If you buy through these links, we may earn a small commission.
Previous Story
ICS Wins Gold Prize for Best Platform Experience
Next Story
Microsoft Demonstrates Value of Windows 8 for Businesses